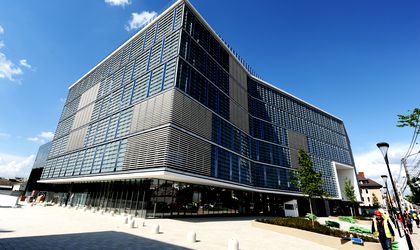 The first building of The Office, a class A project developed in downtown Cluj-Napoca, by real estate investment fund New Europe Property Investments (NEPI) and Romanian businessman Ovidiu Sandor has reached an occupancy rate of 80 percent, according to the developers.

“Interest in The Office comes from both multinational companies – mainly active in IT/C or engineering companies already present in Cluj-Napoca  – and from service providers,” according to The Office representatives.

The total project will feature 54,000 sqm and should be completed by 2016. Sandor, who is a shareholder and the president of Moda-Tim, is also the developer of the City Business Centre office project in Timisoara, which he sold to NEPI in early 2012 for an estimated EUR 90 million.

The Office has recently become the first office building outside the capital to received the BREEAM Excellent certification.