The must-see cultural events in February 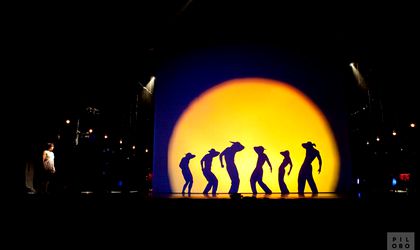 Dulce Pontes is usually defined as a world music artist, whose songs contributed to the 1990s revival of the Portuguese urban folk genre called fado. Considered the successor of Amalia Rodrigues, Dulce Pontes has collaborated with José Carreras, Cesária Évora and Andrea Bocelli, but her most notable alliance was probably with the Italian composer Ennio Morricone: in 2003 their Focus album earned a Golden Disk within just 20 days of its launch.

For fans of K-pop, the Korean music genre, or those keen to sample it, the LEDApple concert is the place to be. In what is probably a premiere in Romania, a new category of tickets is available for this concert, for parents accompanying their underage children.

Legendary British rock band Deep Purple will come back to Romania in february, bringing a show likely to feature their best loved hits. The group was formed in 1968, and is considered to have pioneered the heavy metal genre, along with Led Zeppelin and Black Sabbath.

Deep Purple were listed in the 1975 Guinness Book of World Records as “the globe’s loudest band” for a 1972 concert at London’s Rainbow Theatre, and have sold over 100 million albums worldwide, including 17.5 million in the US.

Pilobolus is a dance company founded by a group of Dartmouth College students in 1971, which was named after a phototropic fungus that Jonathan Wolken’s father was studying in a lab at the time of the company’s inception. The fungus grows on cow dung and propels itself with extraordinary strength, speed and accuracy. The company tours domestically and internationally, performing works from its over 100-piece repertory as well as new pieces, created at a pace of about two per year.

Shadowland is a complex representation of a girl’s dream that feels alone and isolated by her family. During the performance, the little one starts a discovering journey where she meets several amazing characters.