The Force Awakens Romanian film lovers to come to cinema 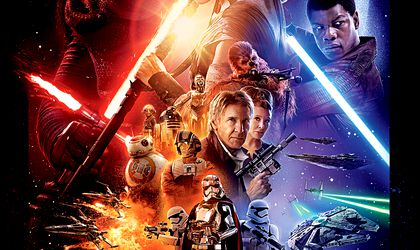 Star Wars: Episode VII – The Force Awakens was nominated the movie of the year in Romania in 2015, after registering ticket sales of more than EUR 2.5 million (more than RON 11.3 million) in Romanian cinemas and over 510,000 spectators.

In terms of revenues, Star Wars surpassed Fast and Furious 7, which made RON 11.2 million last year, while on the third place is situated the animation Minions with total revenues of RON 8.15 million. Next, Spectre gained RON 6.3 million and Fifty Shades of Grey – RON 5.7 million.

In Romania, the new Star Wars movie was screened on December 18, 2015, on the same time as the worldwide premiere. The Force Awakens has sold tickets of RON 4 million for their 175,000 spectators who went to the cinema in that weekend.

Currently, the film is still screened in the cinemas.