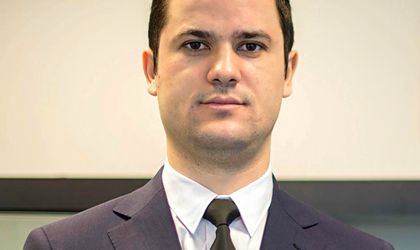 A European Commission (EC) delegation will complete today a new mission for evaluating Romania’s progress in justice reform and the fight against corruption. As it turned out in the previous Anti-Corruption Report of the Commission, Romania has a lot of catching up to do.

“I think over the past period, Romania has made extraordinary progress in preventing this phenomenon. That at European level, 4 in 10 companies see corruption as an obstacle in developing their business should be a serious alarm signal. The European Commission has understood that, due to the internationalization climate, the Union cannot be competitive, if it does not address the corruption problem at structured and global level, among others. Setting up the European Public Prosecutor’s Office, recently approved by the European Parliament, represents a step in this direction,” lawyer Daniel Moreanu (in picture) comments for BR.

This has been the second evaluation mission carried out by the EC delegation after the publication of the report in January 2014, and it is carried out in preparation for The MCV (The Mechanism for Cooperation and Verification) Report, which will be published at the end of the year or beginning of 2015.  The first evaluation mission this year took place at the beginning of April, according to Mediafax newswire.

“I don’t believe there is any clear estimation regarding how much this phenomenon costs Romania. The closest quantitative estimation can be found in the Report of the Commission to the Council and the European Parliament (the EU Anti-corruption Report) published in February 2014, which mentions that at the level of the entire EU, corruption causes damages of approximately EUR 120 billion a year, a little under the annual EU budget, which is 1 percent of the member states’ GDP,” says Moreanu for BR.

The EC delegation discussed with the Romanian counterparts how to implement the new codes, how to balance the volumes of activity of the courts of justice, completing the project regarding the development strategy of the legal system and preparing to launch it for public debate.

The evaluation team also discussed with representatives of the Ministry of Justice about the fact that the parliament should adopt a bill regarding the elimination of special pensions in the case of magistrates convicted for corruption, the continuation of the implementation of the National Anti-corruption Strategy, the progress of the Justice District project.

Discussions also focused on developing the cooperation within The Mechanism for Cooperation and Verification by taking into consideration the European dimension of matters such as the time needed for ruling in justice cases, the workload of the courts of law, the overcrowded prisons as well as corruption in public acquisitions.

“The EU Anti-corruption Report says loud and clear that the anti-corruption phenomenon does not represent only a problem of countries under The Mechanism for Cooperation and Verification but constitutes a process that affects all the 28 member states. So, the fight against corruption should not be seen exclusively at Romania’s level,” says Moreanu.

“I believe that Romanians should not be self-conscious about the corruption issue, or if they are, they should stop doing so. It may be surprising to find out that, according to the EU Anti-corruption Report, 66 percent of the Austrians and 64 percent of the British believe that corruption is widespread in their country and the European average is 74 percent,” he comments for BR.

He adds: “As a level of perception of corruption, Romania (93 percent) is behind Greece (99 percent), Italy (97 percent), Spain and the Czech Republic (95 percent each). Therefore, I believe there are no substantial differences between corruption in Romania and corruption in other EU member states.”

Petty corruption in Romania is one of the fields where there is a great deal of progress left to do.

“According to the EU Anti-corruption Report, if we analyze the fact that 25 percent of Romanians were asked for or expect to pay a bribe, while the EU average is 4 percent, I believe it stands to reason that we have a lot of catching up to do in this field. The Northern countries should be a landmark in this sense, since the scores they obtained in each of the analyzed categories put nearly the entire European Union “to shame,” concludes Moreanu.