The digital postman, the first exclusively digital campaign of the Romanian Post 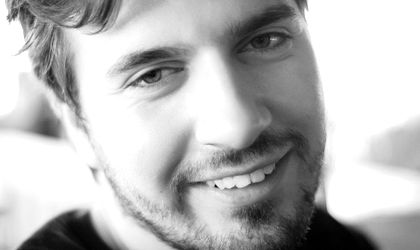 Posta Romana (The Romanian Post) has finalized its first exclusively digital communication campaign, with the help of atelieru.ro. Along with that the company has redone the website www.posta-romana.ro and has added a series of new services dedicated to the internet users. The campaign’s focus was represented by the new online launched services (the money transfer, the press subscriptions, the track & trace service and the online service of filling in the necessary forms at the postal offices.

“The postman is one of the Romanian Post symbols that has an immense and unanimous appreciation among the Romanians. Most of the persons have a good relationship with their postman, many times even a friendship. Therefore, we decided to use that good image and we brought him in the online and the Digital Postman became the missing link between the Romanian Post and the preferred communication medium of these times. We also saw in this concept an excellent communicational platform, in real time, with the Romanian Post’s clients,” said Irina Purcaru, director of the Operations and Commercial Relationships Direction in the Romanian Post.

Also, according to Robert Capraru, head of design&UX at atelieru.ro, the creative concept had as a main target the implementation of the http://intreaba.postasul.ro/ page, a campaign landing-page where the users can discuss with the postman via a chat window. “The digital postamn uses an algorithm of artificial intelligence that can detect key words in the messages received from the users, answering them with despatches to the Romanian Post services,” said Robert Capraru.

The landing page had 150.000 users during the campaign, most of them being interested in the money transfer services, while the number of unique users registered on the website grew with 23 percent. During the 3 months of the campaign have been recorded 600 online transfers, with a medium value of RON 450, and 200 press subscriptions using the new website.

Also, since the launch of the website, the total number of clients exclusive on the online reached 1.700. The campaign’s ads were targeted towards the users in Romania and the most important Romanian communities in Europe. The biggest number of clicks came from Italy, Spain, Germany and the UK.