The current state of affairs of Romanian businesses – where do we go from here? 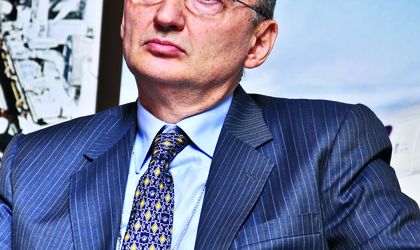 Are the latest successful listings on the Bucharest Stock Exchange a sign of the revitalization of the Romanian business environment and the reconstruction of the country’s shattered SME backbone? At the Romanian Investors Forum to be held this week, Business Review and its invited speakers discuss solutions to the issues facing local entrepreneurs and the measures needed to ensure the economy’s evolution from a frontier to emerging market status.

Large local and foreign investors from the UK, US and Poland flocked to acquire shares in Romgaz last month, as the oversubscription rate edged up to five times the available amount. The government has raised EUR 390.9 million from selling a 15 percent stake in the state-owned gas producer, in the biggest initial public offering (IPO) in Romania. In a statement issued by the Bucharest Stock Exchange (BSE), the CEO Ludwik Sobolewski, said, “With the Romgaz IPO, the Romanian capital market has moved onto the global stage.”

The good news is that more such privatizations are to follow in 2014, as part of the privatization program of state-owned energy companies agreed with the IMF. The government is next aiming to sell a 15 percent stake in Hidroelectrica, the state-owned power producer, and 51 percent of the shares in power supplier and distributor Electrica, by June 2014. Boosting the liquidity of the local market, which currently hovers at around EUR 29 million, is part of Sobolewski’s strategy to expand the BSE into a regional player.

However, this brisk success registered by the local capital market is not common to the entire economy, despite the fact that it’s backed by 2 percent economic growth announced by the government for this year and an 8.4 percent increase in exports in the first nine months of 2013, according to the National Statistics Institute. In an article published in October last year by the Financial Times, the Romanian economy was labeled a “frontier” one, aspiring to the status of “emerging market”.

The tough economic crisis we have been going through over the past five years has torn apart “the country’s SME fabric”, says Florin Pogonaru, the head of the Romanian Businesspeople’s Association, “with Romanian entrepreneurs suffering the most.” The internal value chain has been dismantled to the level that “not even a rubber mount made in Romania can be bought locally anymore,” adds Pogonaru, quoting major Romanian entrepreneur, Constantin Toma, the head of the Romet industrial group based in Buzau. “We applaud the increase in exports and of the GDP, while witnessing a decrease in the public’s living standards,” says Pogonaru. “This paradox cannot be explained but by the use of cheap local workforce in a bunker-type economy, which relies only on external inputs and doesn’t produce added value internally.”

Romanian businesspeople have lost their faith in the country’s institutions. Their delayed reaction and the lack of a coherent SME strategy have hindered the development of the economy’s support system and one of its engines of growth. “The economy has the intrinsic power to grow by more than 5 percent per year, (e.n. sustained by) small entrepreneurs to bigger corporations,” says Ovidiu Chiorean, managing partner for investment banking at Crosspoint. “The issue is whether the machinery is well functioning and the government does not put the brakes on it – I am referring not only to regulatory issues but also to fiscal measures.”

In Pogonaru’s opinion, the latest success for the BSE, which comes after four years of poor performance, could be the trigger of what economists call a virtuous cycle for the economy, boosting businesspeople’s confidence in a sector and attracting investments. A successful example of such a virtuous process is the local IT industry, explains Pogonaru (in picture), which experienced a boom after the implementation of a favorable tax regime. “I strongly hope that the Romanian economy will see more such virtuous cycles in the near future,” he adds.

Despite the constant obstacles Romanian entrepreneurs have been encountering, some local companies in several major industries have not only survived under the tough economic conditions, but have expanded their businesses while continuing to invest in the local economy.

Successful entrepreneur Dorinel Umbrarescu, with businesses worth around EUR 360 million in the infrastructure sector, this fall announced the purchase of a 93.27 percent stake in ATE Bank Romania, in a deal worth EUR 10.3 million. The proposed name for the re-branded bank is Romanian Bank for Credit and Investment. Umbrarescu is one of the Romanian businesspeople that will be recognized for successfully making a difference on the local economy, along with other companies nominated for their outstanding results in three major categories: Innovation, Human Capital, and Financial Investment / Capital Markets.

The Romanian Investors Forum (RIF) is an annual event dedicated to Romanian companies and entrepreneurs that have managed to make a difference either in the local or international market. With this event, Business Review celebrates the entrepreneurial drive, innovation and new investments of local businesses and entrepreneurs. The companies that will be honored this year are some of the most active players in industries such as: Agriculture, Energy, Banking & Capital Markets, Health Care Services, IT, Real Estate and Retail. The selection was made entirely by the Business Review team, with the following criterion: companies that started their activities after 1990 as a Romanian SME, even if some of them no longer have a 100 percent Romanian ownership structure. To find out more about other companies recognized at RIF check www.business-review.eu