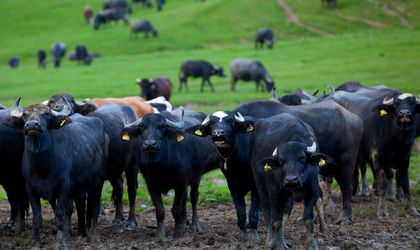 Higher subsidies and better targeted investments should be the main benefits local farmers will harvest from the Common Agricultural Policy (CAP) 2014-2020 reform. But in order for Romania to fully take advantage of the opportunities brought about by the new CAP, the local authorities will have to decide on a coherent strategy for the farming sector, recommends agriculture commissioner Dacian Ciolos.

Coming up with a CAP reform amid pressures to cut the EU’s agriculture budget – which accounts for about 40 percent of the EU’s total budget – and the need to take into account the diversity of a union with 28 member states, each with its own specifics, interests and priorities, was no easy task. Flexibility was the key word.

“This was a political dilemma which we tried to address. How to maintain the coherence of an agricultural policy that would remain common but still consider the reality of a European Union characterized by diversity above all, especially when it comes to agriculture? So we came up with a series of common principles and objectives, common priorities and instruments, and in implementing this at national level we allowed certain margins to such an extent that a specific decision taken in Romania will not negatively affect farmers elsewhere,” explained Ciolos during his first visit to Romania, soon after an agreement on the reform was reached by the European Parliament, the EU Council of Ministers and the European Commission two weeks ago.

Consensus was reached after almost two years of negotiations and Ciolos said he was content with the result. All of the reform principles included in the proposal were accepted, although some of the proposed measures were watered down in the negotiation process. Nevertheless, the outcome should be a more equitable, flexible and greener CAP which recognizes diversity and turns it into an advantage rather than a setback, and which Ciolos says will bring about “several paradigm shifts in the way the CAP is defined and applied (…) and mark the direction of the CAP in the future”.

Unlike the previous CAP reform, this time around many of the measures included for 2014-2020 will strike a familiar note with Romanian farmers. Higher subsidies and more flexible investment projects, better targeted to the Romanian agriculture reality, are crucial benefits which Romania should take advantage of. But in order for Romania to make the most of the opportunities brought about by the new CAP, over the next year the local authorities will have to decide on a coherent strategy for the agriculture sector as the CAP is more than a set of mandatory measures and offers no pre-set solutions. Romania has close to EUR 20 billion to spend on agriculture in the 2014-2020 financial period. How it chooses to spend this and with what results will be entirely up to the local authorities.

“My recommendation for Romania is to first of all analyze very carefully the new CAP and to decide as soon as possible on the way it wants to use the new flexibilities so that Romanian farmers will know what to expect over the next seven years,” recommended Ciolos.

What’s in it for us?

One of the greatest achievements and improvements brought about by the CAP reform for the most recent EU member states like Romania is an increase in direct payments per hectare. Whereas at present Western European farmers receive subsidies which can be hundreds of euros higher than the amount local farmers cash in, this is about to change. The future CAP guarantees that by 2019 no member state will receive less than 75 percent of the EU average subsidy. In Romania’s case this will mean an increase from EUR 135 per hectare (national contribution not included) this year to EUR 196 per hectare in 2019. Romania is one of only six member states for which per hectare subsidies will go up over the 2014-2020 period while in the other countries subsidies will either stay at the same level or decrease. Ciolos agrees that convincing some of the net contributing older member states to accept lower subsidies for their farmers in favor of newcomer member states was one of main challenges in the negotiation process.

Subsidies will be even higher than the national average for some farmers or sectors. All member states will have to pay 25 percent higher subsidies for young famers in the first five years after setting up a farm. The number of hectares for which this applies must be decided by each country in accordance with its own priorities and development targets.

Just like the other member states, Romania will have the option to couple payments with production in order to support strategic sectors – up to a limit of 13 percent of the direct payments budget – and offer higher subsidies to farmers from disadvantaged regions.

Another important measure which was proposed by Commissioner Ciolos and which has caused a stir in Romania and elsewhere was to cap the subsidy a large farm could receive to EUR 300,000, regardless of the number of hectares cultivated. The main purpose for this was to increase transparency surrounding the way funds are used. The initial proposal was considerably watered down in the negotiation process and as a result capping measures will not be mandatory. Each member state was given the option to choose between imposing no limitation to the direct payment a farm can receive, cap the subsidies at a certain level or opt progressively to reduce the subsidies for large farms starting from a certain number of hectares. At the same time there is the option to balance payments between large and small farms by redirecting some of the funds to higher subsidies for the first 30 hectares of land a farmer cultivates. Again, these are options which each member state must decide how to apply based on its priorities.

Higher subsidies and support schemes could also be used to encourage small or inactive farmers to lease or sell their land to active ones and thus lead to land consolidation, a measure which could be especially beneficial for Romania where land fragmentation remains an issue, commented the commissioner.

The rural development program too comes with a series of new measures which address Romania’s specific issues.

Another new measure which the commissioner said he had thought of including in the reform program based on Romania’s experience is the introduction of sub-sectorial restructuring programs. Each country will be able to choose up to three such sectors which it considers strategic and which will benefit from dedicated restructuring projects. According to previous statements made by local Agriculture and Rural Development Ministry representatives, one of these three sub-sectorial programs will be dedicated to orchards and will be based on the model of the vineyard reconversion program which proved very popular in Romania.

The rural development program will also come with elements to encourage cooperation between farmers, farmers’ organizations and the research sector in order to address practical issues and help put research results into practice, added Ciolos.

A sector where Romania still has work to do in order to fully benefit from the future CAP is that of farmers’ cooperatives. The state will play an increasingly reduced part in agri-business markets in the coming years while farmers are expected to strengthen their position through producers’ organizations.