The biggest events hall in Romania finally inaugurated in Cluj-Napoca 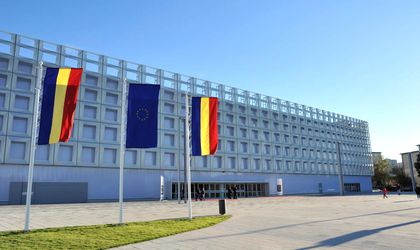 The biggest events hall in Romania was inaugurated on Monday evening in Cluj Napoca, the result of 19 months of construction funded by a RON 70 million investment.

The hall was built by several firms working in association and led by Sibiu-based company CON-A.

The Cluj Napoca Polivalent Hall is fit to host both sports competitions and cultural events, with a varying capacity of 6,100 to 9,700 seats. The capacity can be increased to 10,000 seats in the case of concerts of conferences.

The hall also offers a parking lot with 443 spots, wardrobe room, bar, VIP special areas and conference rooms. Journalists will have their very own media center and athletes can relax in the locker room section.

“40 years ago, in 1974, a new polivalent hall was inaugurated in Bucharest with 5,300 seats. We needed nearly four decades for the record to be broken. We are honored to be the constructors which achieved this performance and the fact that we can offer not only Cluj, but the entire country, a new space dedicated to performance and excellency in sports”, according to Mircea Bulboaca, president of the CON-A group.