The beauty beyond Bucharest 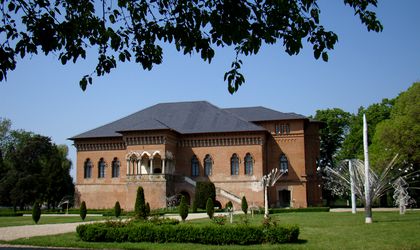 Often described as a “country of paradoxes”, Romania cannot fail to pique the visitor’s interest, especially when it comes to the capital and its surroundings. The spirit of Byzantium is also kept alive outside Bucharest through old monasteries with fascinating legends, surrounded by lakes.

Comana National Park is known as Bucharest’s delta for its ecosystems and biodiversity, which are similar to those of the Danube Delta. This protected area is home to several endangered species of flowers and animals on the European red list, which ranks the conservation status of almost 6,000 European species. This tourist attraction offers almost 58 kilometers of bicycle routes, boat rides among the reeds and fishing potential (there are two types of fish that are unique in the world: the European mud minnow and Comana’s chub). History buffs won’t want to miss Comana’s Monastery, founded by Vlad Tepes.

Snagov Monastery is located on an island on the far side of Snagov Lake and can only be accessed by boat. One hundred years after the church was built (1364), Vlad Tepes (the inspiration for the figure of Dracula) added the fortress walls and a dungeon. A plaque on the floor of the church marks the grave that is said to contain the remains of the legendary count.

The 19th-century orthodox complex of Cernica, located on a small island in the middle of Cernica Lake, 14 km east of Bucharest, is one of Romania’s most idyllic monasteries. Two churches, some chapels, a cemetery, religious art and a typography museum are contained within the complex. The forest and lake are popular with families, offering clean air and a quiet place to spend a day in nature.

Mogosoaia Palace and Lake (in picture)

Mogosoaia Palace, located on the shores of Mogosoaia Lake, embodies the Brancovenesc architectural style, featuring traditional Romanian staircases, balconies, arcades and columns. Built by Constantin Brancoveanu, the Walachian prince, between 1698 and 1702 as a summer residence for his family, the palace features a beautiful Venetian-style loggia on the facade facing the lake and a balcony with intricate Brancovenesc-style carvings overlooking the main courtyard.

Today, the palace houses the Brancovenesc Museum whose exhibits include valuable paintings, wood and stone sculptures, gold and silver embroideries, rare books and precious manuscripts. Inside the complex, there is a church built in 1688 and decorated by Greek artists. The original interior murals have been well preserved and one of them includes a painting showing Constantin Brancoveanu, his wife, Maria, and their four sons and seven daughters, all in royal dress.