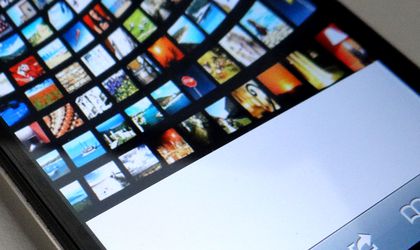 The most widely used phone application in the world, the SMS, is still proving to be the main feature in the mobile marketing campaigns ­– but for how long? As the saying goes, there is more than one way to skin a cat, and to reach the proposed goal, a short message needs to “speak volumes” to the right person, and, of course, involves planning and book-keeping.

The nuts and bolts of an SMS campaign

As in the case of any business endeavor meant to bring profit, there are certain steps that a company should take when implementing an SMS campaign. Before the campaign, the first step is defining the target group and then establishing the message: this should be very simple and concise, and clearly state how the client will benefit. Secondly, it is important to set the target, and thirdly, establish how to measure it, Antonio Eram, CEO of Netopia, tells BR.

During the campaign, the company in question should use a platform that allows it to watch the progress and adjust the message in real time. Tracking the results after the campaign is also essential, he says. The first post-campaign step should be to analyze the customer conversion rates after the launch, by comparing the results with the initial targets. Then the feedback from the final users who were converted by the campaign must be examined. Last but not least, the feedback from the final users who did not yield a positive result should also be analyzed, he explains.

Eram says, “Our recommendation is that every time an SMS campaign is implemented, three features – the cost of the campaign, the profit of the campaign and the profit of the initiative – should be monitored, so that the company implementing it can understand and explain why a certain campaign was successful or not, and, most importantly, make use of the tools that reveal what must be improved during future initiatives.”

Gabriela Voinea, senior product manager at Orange Romania, outlines another important aspect: the short numbers used in the campaign should be easy for customers to remember. Also, these numbers should be used “exclusively” by one brand, and cannot be used by several brands because there will be problems related to the mechanisms of the campaigns. The messages transmitted by the client must be followed by a confirmation of message receipt as well, Voinea says.

“One of the most important features that decide the success of an SMS campaign is choosing a target that is as close as possible to the profile of the consumers of the product/business in question,” Horatiu Dimulescu, manager, online and mobile advertising at Vodafone Romania, tells BR. Vodafone sets out more than ten targeting criteria to companies in order to select potential consumers as carefully as possible, including age, gender, the type of service, the type of handset and the profile of the revenues.

“It is very important to know as much as possible about the database being used and include the click-to-action feature to be able to monitor the response rate. It is equally important that the message is customized depending on the user, the time when the messages are sent and the anticipated time at which the message will appear on the customer’s phone,” says Bogdan Apostol, general manager at Voxline Communication.

However, he points out that most important of all is the message that is sent to the consumer. “We will always have a very good response rate when the information that is transmitted is valuable for the receiver,” he says.

Mobile marketing yet to reach its stride in Romania

Mobile marketing grew 10 percent last year to a total of 100 million SMS, according to data from Netopia. This year, the number of messages via mobile phone will go up by 8 percent to about 108 million.

“Fortunately, brands have come to understand that ignoring marketing via mobile phone – an instrument that has unique characteristics compared to any other promotional means – is a mistake. We have noticed that more and more firms are using mobile marketing, the majority of which start with SMS campaigns. Companies that have a history of using mobile marketing are already going to the next level, adjusting their websites for the mobile phone and creating applications,” says Apostol.

Telecom operators confirmed for BR the surge of interest in SMS campaigns. Orange Romania has witnessed a hike in the volume of SMS of this type of approximately 20 percent this year compared to the previous one, says Voinea.

Vodafone Romania has found the same. “Over the past two years, the number of campaigns has increased significantly: we are talking about a year-on-year growth that exceeds 20 percent. We have over 200 partner companies that have used mobile advertising services and more than half of these use them frequently. The main industries that use these services are banking, retail, FMCG, restaurants and auto,” Dimulescu says.

In the case of Cosmote Romania, “the last three years have seen the advertising market through SMS double,” say representatives of the company.

One of the reasons for brands’ increasing interest in mobile marketing has been the spike in smartphone penetration in Romania, which has persuaded brands to develop dedicated applications, say iLeo representatives Mugur Patrascu, managing partner, and Dan Virtopeanu, independent consultant in mobile marketing. They point out that another visible trend in 2012 is the introduction of QR codes, especially in outdoor campaigns, in the print media (still sporadically) and in retail.

As a rule, mobile marketing continues to play a limited role in a campaign’s communication mix, according to Voinea. The industries that are the most interested in this promotion channel are tobacco, FMCG, and banking and finance.

However, the response rate to SMS campaigns depends less on the specific industry the brand is part of, and more on the demographic – young people are more open than older ones – and how the campaign is implemented,” say iLeo representatives.

“It is already well known that there is a certain customer segment called ‘offer hunters’ who delay the purchasing decision until they find this kind of promotional offers,” say Cosmote representatives.

For SMS push campaigns (ed. note: standard communication campaigns of sending SMS to a database), the response rate varies between 1 and 3 percent when databases with approximate targeting are used. When well segmented databases are used, it can reach 10 percent or even 25 percent when the company uses its own well segmented database and the campaign is well implemented. In the case of SMS pull campaigns (ed. note: campaigns involving subscribing to a service by SMS), the response rate is on average 5 percent, which is considered sufficiently good to continue these types of campaigns, say iLeo representatives.

Campaigns via SMS make up the bulk of mobile marketing, with the pundits asked by Business Review putting it at between 80-90 percent. “Such a high ratio is to be expected because SMS remains the easiest approach to marketing via mobile phone and last but not least it is a technology accepted on most mobile devices,” says Apostol.

Pundits place the current market value at EUR 7 million. “The growth of the market in 2012 will exceed 10 percent, and it will surpass EUR 8 million in value. In 2013, the market should reach EUR 10 million,” say iLeo representatives.

As smartphone penetration and the use of mobile internet increases in Romania, iLeo representatives predict there will be a decline of communication campaigns via SMS as has been the case in more developed markets such as those in Western Europe.

There has clearly been a growth in budgets allocated to mobile marketing compared to previous years, especially with new techniques such as mobile sites, mobile web, campaigns based on QR codes and applications. “In the case of ‘classical’ campaigns via SMS, we have noticed a growth in budgets of at least 10 percent,” says Apostol.

“This is due mainly to the multiplication of brands that are using SMS pull. SMS push campaigns have surged especially because of the customer relationship management (CRM) activities, into which they have started to be integrated more and more often. More potential for growth came from the area of political campaigns, where SMS remains an efficient communication tool,” say iLeo representatives.

Companies in Romania can invest budgets that start from hundreds of EUR up to tens of thousands in a mobile marketing campaign. The upward trend is not only due to the new brands that have developed campaigns this year, but also to the surge in interest in applications and mobile sites/landing pages, they point out.

As an example, Dimulescu says that a local campaign such as that of a restaurant that has local offers can start from a budget between EUR 500 and EUR 1,000. Meanwhile, for nationwide campaigns, the budget can go to between EUR 20,000 and EUR 30,000.

“What I can tell you is that there were campaigns in which the final return on investment was approximately 3,000 percent,” says Alex Putineanu, managing director at Mobile Works. However, despite its popularity as a means of promotion, “one cannot help noticing that the SMS is slowly losing ground, leaving room for growth on other segments, which is also reflected in the sums that clients are willing to invest,” Putineanu concludes.