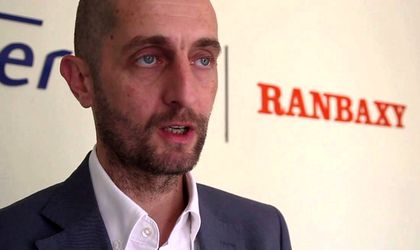 The Association of Generic Medicine Producers in Romania (APMGR) announced on Friday the re-election of Dragos Damian (photo), CEO of Terapia-Ranbaxy, for another term as APMGR president. APMGR also elected as APMGR board members Amelia Tataru, CEO of Krka pharma company and Cezar Zaharia, CEO of Sandoz pharma company.

APMGR’s number one priority is to cooperate with the authorities with responsibilities in the health sector in order to make urgent changes to the clawback tax, which represents the main obstacle to the patient’s access to drugs and one of the causes of the decrease of industrial investments in the pharmaceutical sector.

APMGR stated in a release that due to the clawback tax, over the past 3 years, more than 1.300 drugs were put off the market, over 300 employees were fired and Romania lost investments of about EUR 50 million.