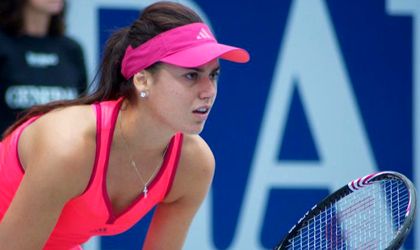 According to Agerpres, Cirstea and Shvedova will meet in the quarterfinals the winners of the game between Beatriz Garcia Vidagany (Spain)/Florencia Molinero (Argentina) — Paula Cristina Goncalves/Beatriz Haddad Maia (Brazil).

In the singles event, Sorana Cirstea is going to meet American Irina Falconi, seeded 8th, in the first round of the competition. Cirstea defeated Falconi before, in their only game played against each other, back in 2010, in Las Vegas, 6-3, 4-6, 6-3.