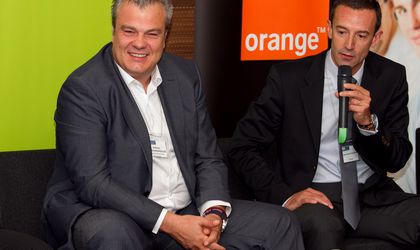 With the launch of LTE (4G) in Romania come major technical challenges brought by the soaring number of devices and the hike in data traffic. Some coverage issues must also be dealt with as the remaining blank areas with no internet access are brought into the loop. And telecom operators will be faced with decreasing margins caused by the slashing of termination rates, it emerged at the Business Review event Focus on Telecom.

“The next challenge for the Romanian market is the level at which termination rates are set,” said Jean-Francois Fallacher, CEO of Orange Romania, opening the discussion on a sensitive industry topic.

Termination rates are the cost paid by a telecom operator (whether based in Romania or abroad) to another for finishing the calls of its clients in the latter’s network. This fall, the rates were slashed by 24 percent to 3.07 eurocents per minute, under European regulations brought in to benefit the end-user and boost competition.

Overall revenues obtained by telecom operators from the termination of voice calls amounted to EUR 0.47 billion, 13 percent of the overall value of electronic communications, according to national regulator ANCOM.

The chiefs of Cosmote Romania and Orange Romania appealed to ANCOM to set these rates taking into consideration operators’ future investments in the deployment of 4G and the coverage of blank areas, under the newly acquired licenses. “We’re talking about cents, but we must in fact multiply this by millions. Depending on the level of these tariffs in Romania, they will really impact us. We will need to invest in LTE in 2013 and probably 2014 as well. Give us the room to complete these 4G investments. If these rates go very low, we will have huge constraints,” said Fallacher.

Stefanos Theocharopoulos, CEO of Cosmote Romania and Romtelecom, shared this view. “We have the lowest prices for customers in Europe. In view of the huge investments that we are making and have already made, we would like to see some relief so that we can use the money to deploy the networks,” he said.

In response, Catalin Marinescu, president of ANCOM, explained that there are different termination rates across Europe. By the end of 2012, all EU national regulatory authorities should define a hypothetical efficient operator model and, based on this operator’s costs, calculate the termination rates in every country. “When termination rates drop, operators’ revenues will indeed decrease but their costs will decrease as well,” said Marinescu.

With the introduction of LTE, one of the major challenges will be the explosive volume of traffic which mobile networks must carry. “In 2015, based on Alcatel-Lucent studies, we expect operators to have to carry 10 times more traffic than Google is doing per month today, due to the number of smartphones, tablets and other inter-connected devices,” said Florin Petolea, CEO of Alcatel-Lucent Romania.

To connect all these devices, major infrastructural challenges must be addressed. The traditional model of installing a new radio site or tower on top of a building is no longer feasible with 4G/LTE deployment, because of the high density of mobile devices per sqm.

“This is also very expensive for the operator. It takes too much time, you need to have a work permit, you need to build the site and there are more concerns regarding health and the environment,” explained Petolea. “This is why we believe 4G/LTE will also bring a shift in how the mobile networks are deployed.”

The new telecom architecture deployment model should consist of small cells on the side of the building or street poles. “You will have a low-power, small device for 16, 24, 32 users, which will be a very localized way of carrying the traffic from the subscriber,” added Petolea. “It is better to have one cell which is shared between a few users than to have a macro-cell like today, which is shared by 1,000 or 2,000 users.”

Today, the number of smartphones per square meter is around 300. “We expect there will be 13,000 such devices connected to LTE in 2015,” said Petolea.

In terms of local handset sales, the market is “more or less stagnant. However, on the smartphone segment, the growth is really fast,” said Sorin Manea, telecom division manager for Romania & Bulgaria, Samsung Electronics Romania. “I estimate that in December, one out of three handsets will be a smartphone, which means about 30 percent of the Romanian handset market.”

Tablets are also a fast-growing segment. “In H1, sales of tablets were equal to total sales last year and I expect that in the second half of this year it will be double compared to H1,” predicted Manea.

At the moment, Romanians are among the “champions” in nomophobia, where people dread being out of mobile phone contact. Some 80 percent of Romanians are dependent on having their mobile phone on them all the time, according to Doina Costache, business development official at Google Romania. By comparison, only 53 percent of users suffer from this in the UK.

Nowadays it is vital for businesses to have a mobile-friendly website, as 67 percent of users are more likely to buy from such a website. Furthermore, 61 percent would quickly turn to a competitor’s website after a bad mobile experience, said Costache. One of the conclusions from these statistics is that mobile-based services will grow wings. Already, such services have been introduced on the Romanian market.

“Mobile payment transactions have soared by 15 percent compared to the same period last year. Public utilities services such as means of transportation, parking, and other payments will be easier to monetize via SMS on the mobile,” said Gabriela Voinea, senior partnership manager at Orange Romania.

In the future, “concepts such as mobile wallet and mobile payment will be something that will happen right under our eyes,” said Antonio Eram, founder and CEO at mobilPay.com and Netopia Sistem. “In three years, payments via mobile phone will be a common thing, especially in a country like Romania where more than 80 percent of the population suffers from nomophobia,” said Eram.

On this theme, worth mentioning is that conditions are auspicious for the launch of near-field-communication (NFC) in Romania, which facilitates contactless transactions with the mobile phone. “On other European markets, there are already very interesting initiatives in this direction,” said Voinea.

Romania already has NFC compatible terminals. “I estimate there will be between 50,000 and 100,000 terminals that will have NFC in Romania,” said Manea. However, there are still certain obstacles in the way of NFC implementation. “To implement NFC, you must have banks, mobile telephony companies, POS providers and others on board,” said Voinea, adding that retailers are still not familiar with this technology. Moreover, banks are not always willing to get on the bandwagon. “We have already led discussions with banks which can be split into two categories: the innovators and the followers, who only align to a trend after the critical mass is already onboard,” said Voinea.

With their newly won telecom licenses, operators will be under the obligation to roll out internet infrastructure to previously uncovered regions. At the moment, these blank zones consist of approximately 676 small villages split among the new owners of the licenses in the 800 MHz and 900 MHz bands. “This is a measure to allow the provision of services in Romania on the mobile side because as far as fixed services like optical fiber are concerned, owing to the past conditions in Romania it is not possible to do in the next few years,” said Marinescu.

However, costs are a very sensitive topic for operators who are considering which technologies can be deployed in the more cost-effective and optimum manner in remote regions.

“Romtelecom has quite an extensive presence in rural areas: I dare say we are the operator with the most extensive presence there right now. The big question is which technology – fixed or mobile – is better and most cost-effective?” asked Theocharopoulos. Cosmote is under the obligation to cover about 192 blank areas with internet, said Marinescu.

“I have to say that deploying fixed networks is very expensive, very difficult to maintain and lengthy to implement. So maybe the strategy will switch at some point from fixed to wireless because it seems that wireless is more cost effective and you can deploy it more easily and faster,” said Theocharopoulos.

Orange is under the obligation to cover 223 blank areas in Romania, announced Fallacher. “I think in Romania wireless and mobile is extremely important because it is a way that will open the coverage of rural areas and blank zones,” said Fallacher.