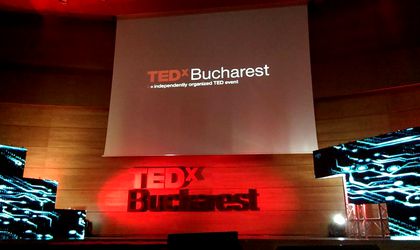 TEDxBucharestSalon – Interconnected Innovation, a conference organized by the team responsible for the TEDxBucharest series, has reached the second edition, taking place on October 15 in AFI Palace Cotroceni, organizers announce.

The event will present an evening of projections with speeches sustained at the TED & TEDx conferences and will include an exclusive debate and a networking experience with representatives of the companies located in AFI Park – Electronic Arts, Endava Romania and Microchip Technology Romania.

TEDxBucharestSalon will present projections of inspirational speeches gathered into two screenings of 75 minutes, starting at 19:30 in cinema hall # 10 in AFI Palace Cotroceni.

AFI Park consists of 5 Class A office buildings, with a total gross leasable area of over 70,000 sqm that is currently targeted by IT&C and BPO multinationals.

At the moment, the first three office buildings of AFI Park were delivered and are all fully leased. AFI Park 1, with 12,250 sqm of leasable area, is occupied by Microchip, Cameron and Sparkware Technologies, while AFI Park 2 has the entire 12,250 sqm of GLA fully leased to Electronic Arts. AFI Park 3, which was delivered this year, is entirely leased by TELUS International and Endava Romania.

The 4th phase of the office project, AFI Park 4&5, is planned to be delivered at the beginning of 2016, adding a gross leasable area of 32,000 sqm to the business park. The pre-lease rate for AFI Park 4&5 is estimated to reach 50 percent by yearend.

AFI Palace Cotroceni, the developer’s flagship project, spreads over a leasable area of more than 81,000 sqm with its 300 shops, estimated to be visited by 52,000 customers per day.

In the office segment, AFI will develop AFI Business Park Bucharest, a 50,000 sqm of GLA class A business park to be located in close proximity to the J.W. Marriott hotel and the Romanian Parliament in Bucharest’s district 5. The business park will comprise of 2 low rise office buildings and one office tower, with ample green areas, a high tech/campus style environment in an urban complex with a central plaza and gardens.