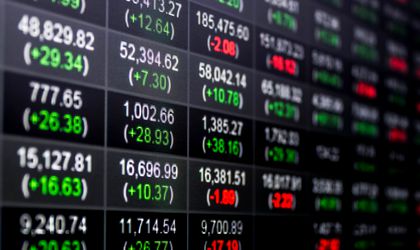 Tech giants’s shares dropped on Tuesday, following a sharp overnight sell-off in stocks such as Facebook, Apple and Amazon on Wall Street. Apple lost  share value because of Wall Street Journal’s report that Apple has slashed orders for its iPhone models, CNBC writes.

Over in Japan, shares of electronic parts maker TDK slipped by 1.92 percent while component supplier Murata Manufacturing declined by 3.53 percent.

On Wall Street, the so-called FAANG stocks — Facebook, Amazon, Apple, Netflix and Google-parent Alphabet — all closed in bear market territory on Monday. Those stocks had already fallen steadily over the last 6 weeks as the companies delivered disappointing earnings and mixed forecasts. Wall Street defines a bear market as a fall of 20 percent or more from a stock’s 52-week high.

In Japan, shares of conglomerate Softbank declined by 4.83 percent while Nintendo dropped 5.68 percent.

South Korea’s Samsung Electronics and SK Hynix also fell on the back of a report from the Financial Times that Chinese authorities have alleged “massive evidence” of antitrust violations by the two chipmakers and Micron Technology. The report also said China would deepen its investigation into the three companies, which are the largest memory-chip manufacturers in the world.

In Hong Kong, shares of Chinese tech behemoth Tencent fell 3.30 percent. Electronics maker Xiaomi bucked the trend — its stock surged 8.38 percent after the company reported that it had swung to a net profit in the third quarter.