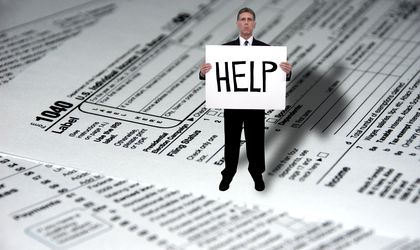 In the first seven months of 2015, the Fiscal Code, the implementing rules of the Fiscal Code and Fiscal Procedure Code underwent a total of 23 amendments, which led to an increase in spending with tax administration, IT services, tax and accountability advisory, according to a TMF Group study.

The tipping tax act, the VAT rate change and VAT registration procedure changes are the most important tax changes that took place during the first 7 months of the year, though they are only three of a total of 23 amendments made. Of these, 12 changes were made to the Fiscal Code, 2 affected the implementing rules of the Fiscal Code and 9 of were brought to the Fiscal Procedure Code. They included simple changes such as amendments on forms, to extensive changes, such as the VAT rate on food.

The tipping tax law left little time for companies to align to its requirements. They were supposed to issue fiscal receipts for tips received from clients, buy and register at the tax administration a special type of cash register for personal money and provide a regulation on tip procedures at the workplace.

Changing the VAT rate had as effect the pressure on companies to change in a short period of time their management programs, accounting software and cash registers that allowed them to apply the correct VAT rate.

The change in procedure of registration for VAT purposes required for a series of additional conditions to be met by companies wishing to register for VAT purposes. Also, they needed to present evidence on the revenues of the manager and the associate and on future activities.

These legislative changes happened in a context where 78 percent of companies on the market in Romania already consider that the biggest challenge of the business environment is the complex system of taxes and regulations, according to a study conducted by TMF Group in the autumn of 2014. Also, 34 percent of companies surveyed said they had to increase the number of employees in the finance department, and 11 percent of them were fined for not abiding by newly introduced regulations. In this context, 80 percent of companies are willing to outsource their tax services, 74 percent their accounting services and 66 percent of them would externalize the salary and human resource management.

The study was conducted on companies in the most important industries in Romania: the oil industry (26 percent), retail (20 percent) and financial services (16 percent). The cumulated turnover of the companies surveyed is about 2 percent of Romania’s GDP.