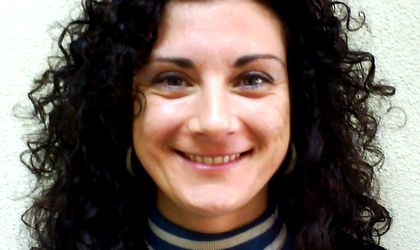 Spanish start-up Marsi Bionics is working to take its lower-limb exoskeleton device to a wider audience. A spun off company from the Center for Automation and Robotics, a research center belonging to the Spanish National Research Council, it develops lower-limb exoskeletons, orthotic devices which, attached to the legs and trunk of a user, reproduce the normal gait. They are a solution for people with limited mobility.

Spanish researcher Elena Garcia Armada, who was in Bucharest to deliver a presentation on her work at the Polytechnics University, says the idea of transforming the results of her research into a company came as the result of direct demand for the product.

“When I ended the Atlas project (e.n. a research project on the development of functional lower-limb exoskeletons) […] this allowed me to see that we have a product that was useful in treating a number of diseases […] After that, families and associations of patients and doctors came to me to ask when they could make use of the device.

But my research had ended and I had to look for other projects to continue my work. The commercial part was not something that was my duty. And this is the reason I started to look for companies to make this transfer of the technology. It was 2013, it was an economic crisis year and there was no company interested in the technology transfer. So I just decided to try and do it myself,” she says.

One of the main challenges Garcia Armada describes is the antiquated regulations concerning subsidies for the prosthetics sector.

“The sector is very old so trying to integrate this technology is complicated. For instance, in Spain, the materials that are supported by the government, partially not totally, do not include, for example, titanium. And it is a prosthetic material. Our device is made of titanium,” she says. So, for the company a lot of work goes into convincing various public stakeholders to modernize their approach.

At the same time, the technology is expensive and making it cost-effective is complicated, says the researcher. “We have worked over the past year looking for investment and it is complicated because the technology is not mature enough for venture capital. For business angels, the amount we are looking for is around EUR 1 million. This is quite a lot for a business angel, for venture capital also, but they are looking for more mature markets,” she says. Right now the only funding the company receives is from public bodies, particularly EU funds. “We hope that once we finish the clinical trials the venture capitalists will enter,” adds the researcher.

The company is also in the process of entering agreements to ensure the distribution of the product. “We are forming our agreements as we grow. Now our agreements are national and we are trying to get our company run inside Spain. The distributors have the networks with hospitals and rehabilitation centers; it would be them distributing the product,” Garcia Armada explains.

The devices are developed for therapeutic purposes as they reproduce the sequence of movement to support patient rehabilitation. The company’s products have a special focus on children as its exoskeletons are low-weight and there is no need for a caretaker to help with the transfer from the wheelchair to the exoskeleton. At the same time, the devices are intuitively controlled and operated and can be combined with an intelligent walker, attached to the exoskeleton. The user does not need to handle the walker, as the exoskeleton and walker interact with each other.

Overall, there are more than 60 million people worldwide who could benefit from the use of an exoskeleton, the company estimates. Potential users of these devices include paraplegics, tetraplegics, people suffering from neuromuscular diseases and cerebral palsy and the elderly.

Garcia Armada is a roboticist at the Center for Automation and Robotics, the joint center of the Spanish National Research Council (CSIC) and Universidad Politecnica de Madrid (UPM). She received a Ph.D. degree in Robotics from the Universidad Politecnica de Madrid in 2002. She was a visiting student at the MIT Leg Laboratory in 1998 and at the Laboratoire d’Automatique de Grenoble in 2001. Garcia is currently a tenured scientist as a member of the Field and Service Robotics Group, a research lab that since 1990 has focused on the design, development and control of legged robots.

She has participated in various research projects on field and service legged robots such as Rower, a walking platform for ship building, Silo4, a four legged locomotion system used as a testbed in most of her PhD work, and Dylema, a project aimed at using walking robots for antipersonnel mine detection and location.

Currently, she focuses her research on improving legged locomotion for field and service applications in varying, complex terrain by means of designing new actuators based on hybrid control technologies. She is currently leading two research projects: Hade for agile-locomotion quadrupeds and Atlas, devoted to the development of functional lower-limb exoskeletons.