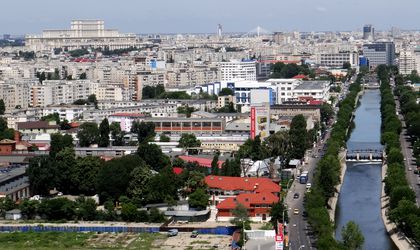 Demand for office space is on the rise, the industrial sector is looking at further consolidation ahead, more new residential apartments should be delivered this year and developers are pushing the pedal on shopping mall expansions, emboldened by retail increase. All this suggests that the real estate market is entering a more sustainable growth cycle, argue market representatives. 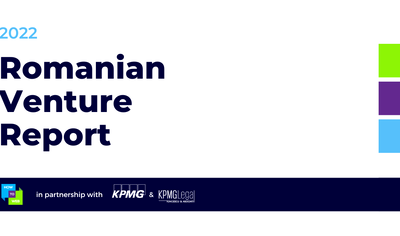 Commercial space for office purposes has remained the most dynamic sector of the local real estate market so far in 2015. Attracted by lower labor costs compared to markets such as Poland or the Czech Republic, IT players, shared service centers and business process outsourcing providers continue their local expansion, in turn fueling demand for new office space.

This year, both demand and new deliveries are expected to remain relatively stable. Total leasing activity involving office space in Bucharest stood at 210,000 sqm in the first nine month of this year, up by seven percent y-o-y, according to JLL data. By the end of the year, this is expected to reach last year’s 300,000 sqm level, and some pundits even forecast increases. Between 100,000 and 120,000 sqm of new office space is expected to be delivered in 2015 in Bucharest, similar to the volume reported in the previous two years. Given that overall demand has remained relatively constant, the average vacancy rate for the capital is not expected to undergo significant changes through to the end of the year, say consultants.

Demand for industrial and logistics space was up by 15 percent in the first half of the year and the trend is expected to continue through to yearend with both take-up and investment volumes going up, according to JLL data.

Both logistics players and manufacturers are driving the advance as more and more retailers are looking to open logistics hubs outside Bucharest, especially in the western part of the country. Online retailers are also contributing to this.

There were several transactions involving industrial properties this year – new-comer, CTP, alone bought four properties so far – and the local market for industrial and logistics space is expected to see further consolidation by yearend. What will follow, will be the expansion of existing projects, many of which have land available for this purpose as well as new projects being kick-started, pundits say.

After retail sales went up by 4.3 percent in the first five months of this year, shopping center owners and retailers are confident that the trend will continue or even pick up pace by yearend. As a result, investments in new retail schemes and the opening of new stores are also back on the table.

More than 150,000 sqm of new retail space outside Bucharest is forecasted to be delivered by the end of this year, in comparison to rather tepid growth in 2014, when only 75,000 sqm were completed throughout the country, according to data from real estate consultancy firms.

Overall, more than 100,000 sqm of new retail space is scheduled for delivery outside Bucharest next year – be it as new projects or expansions – in addition to the 100,000 sqm which will be completed in the capital, according to Colliers International data.

Number of new apartments to go up by yearend

After posting the first signs of growth in 2014, the local residential market has maintained this trend throughout the first nine months of 2015. Confident in this increase, developers are expected to push the pedal on residential developments this year and some 11,000 new housing units will be delivered in Bucharest and its surrounding areas alone by the end this year, surpassing last year’s level, according to Coldwell Banker data.

However, this still remains a buyers’ market. Prices have remained relatively stable over the past couple of years with a downward tendency. Compared to the seven years ago when the residential market reached its peak, prices of new housing units have dropped by about 50 percent, according to data from Imobiliare.ro.

The total local real estate investment volume is expected to amount to between EUR 600 million and EUR 800 million by the end of this year, say pundits. While this will be down by as much as half against the previous year’s record level, investment activity is more diverse, with new investors testing local waters and a wider range of properties catching their eye, according to market representatives.

The country’s macroeconomic performance, yield levels, easier access to financing and quality of available products, both from a technical perspective and leasing terms such as rents, leasing periods and the type of tenants, are reasons to take the local real estate market into consideration, say consultants. And more investors are doing so.

After investments in the acquisition of real estate assets were mostly split between two investment funds – New Europe Property Investments (NEPI) and Globalworth Real Estate Investments, which is controlled by Greek businessman Ioannis Papalekas – for the past couple of years, the last part of 2014 and the beginning of this year have brought new players such as P3 or CTP investing in acquisitions. By the end of the year, more new names could be added to this list and, more importantly, the market will witness the direct entrance of institutional investors, a much-awaited moment, predict consultants.

Prime yields are currently at 7.75 percent for retail, the same as at the beginning of the year, 9.25 percent for industrial and 7.5 percent for office, each 50 basis points lower than the end of 2014, according to JLL data.