The Romanian branch of the Siemens Group ranks fourth in importance and headcount in Central and Eastern Europe, with activities in energy, healthcare, industry and infrastructure & cities. The company also runs locally an R&D center in Brasov, which is the largest in the region. George Catalin Costache, CEO of Siemens Romania, tells BR what type of projects spark the firm’s interest.

What Siemens divisions are currently active in Romania?

Siemens’s activity in Romania reflects the group’s activity all over the world. We have operations in four sectors: energy, healthcare, industry and infrastructure & cities.

In Romania, the firm currently has four production units, three in Sibiu and one in Buzias (close to Timisoara). In 2010 all of the units were integrated into the Simea Sibiu entity to optimize manufacturing processes in Romania. Simea Sibiu produces electronic equipment and systems, since being founded in Sibiu in October 2005 as an entity of Siemens AG Oesterreich. 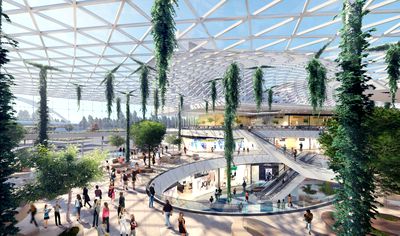 Furthermore, the company has offices in all big Romanian cities- Cluj-Napoca, Sibiu, Brasov, Galati, Timisoara, Iasi, Targu Mures- and runs an R&D center in Brasov. The center is called Corporate Technology and it is the largest in Central and Eastern Europe.

Apart from Romania, Siemens has R&D centers in Germany and Austria, in the Central and Eastern European region. Worldwide, the company has R&D activities in approximately 178 locations. In the Brasov center, we employ 200 people, 80-90 percent of whom are researchers and software developers, delivering projects mostly for Germany, the United States and Dubai.

Research projects cover a wide range of topics. They can be in such areas as healthcare or oil & gas. For instance, we are working on a complex healthcare project that encompasses everything pertaining to a patient, from the time the patient enters the medical unit until release. I cannot go into further detail. We are also working on special Scada systems, and projects involving green cities and traffic management.

What is the average age of the employees in the R&D center?

They are around 28 years old, even younger. Many of them graduated from the Transylvania University, but we do not recruit only from the west. We even have two employees from Chisinau. We have partnerships with all the major universities in the country.

Last year, Siemens opened an education center in automation for students at Cluj Technical University. We already have one at the Polytechnic University’s Faculty of Automation. This year we plan to open such a

center at the Construction Institute and we are also opening one in Timisoara.

We have an annual internship program for students. Last year we received 30-40 students.

We also have a trainee program, through which we take in students or graduates to work with us for a while, some of whom are kept on in certain divisions, depending on their skills. Last year there were about 22 and we kept them all on.

The financial year for Siemens started on October 1, 2012, and since then, the most people we have hired were taken on in Brasov. About 40 people have been recruited there, and we are still counting. In total, we have employed around 60 new people since the start of the financial year.

Currently Siemens has approximately 1,800 employees in total in Romania but we also export competencies. We have people who work in divisions in Dubai, the United States, Austria, Germany and India.

Will Siemens be downsizing any operations in Romania?

As a group, Siemens is about to close two operations. One involves water technologies and consists of water purification and treatment systems, of which 80-90 percent was done in the United States. We don’t do this in Romania – here we only deal with the automation, electrical and measurement systems. We will continue this activity in Romania and even develop it further.

Secondly, Siemens was active on the solar projects side. We sold the solar panel project division, but this was a small part of what we do.

What are your priorities as general manager of Siemens Romania?

I aim to develop all the sectors uniformly in Romania, and especially grow the newer ones – infrastructure & cities, and industry. Secondly, I wish to develop the energy sector, which involves, wind, renewable energies, oil & gas and cogeneration/trigeneration.

My term as general manager is not limited to a definite timeframe. In Romania, Siemens was well known for a product that no longer exists, mobile phones. I aim to present Siemens in a new light on the local market, which better reflects what it has been doing in the past few years.

How often does Siemens apply for public projects?

We take part in public tenders by ourselves or in conjunction with other companies. We are, for instance, involved in water projects where the beneficiaries are water utilities. We also have a large project with the Romanian Railways, which we participated in with Thales and RCC. Such a project can start from EUR 1.5 million and can reach EUR 120 million. The completion deadline varies from one project to another.

Wind projects should be finished within two years; water projects can take up to three years; a railway project can take even six months or a year. If we have to deliver equipment, it can take a week.  We take part in many public auctions, especially in healthcare, where we apply to tenders on a weekly basis. In this sector, we deliver equipment.

To what extent do payment delays affect Siemens’s cash flow in Romania?

In general, our turnover grows by 10-15 percent annually. We don’t have cash flow problems because state contracts represent a very small amount of Siemens’s revenues in Romania. I don’t think they represented more than 10 percent of the turnover we posted last year.

I am only referring here to our direct business with the state, because we are also working with partners, and they may have been involved in a project.

If European funds are available, this could change. To my knowledge, we are talking about EUR 40 billion in EU financing, between 2014 and 2020, which is a lot. I don’t think Romania, in its best year, managed to absorb more than EUR 2 billion. The biggest problem we encountered with payment for a project was in the case of Hidroelectrica, which became insolvent.

The Siemens group announced in 2012 that it was getting ready for a restructuring process. Will this affect Romania?

Certain redundant processes should be reduced so that the company works faster, more easily and more profitably. In Romania, I cannot say such redundant processes exist. Things started from the headquarters and moved to each of the sectors and further to the divisions. There have been no layoffs so far.

It may get to that but I would not call them lay-offs. In the case of employees who have reached a certain age, they may be encouraged to retire while others may be transferred to other activities. In 2015, we will be celebrating 110 years in Romania. I don’t think we can say we are merely a German firm anymore.

Is Siemens interested in acquisitions on the local market?

We have an acquisition policy but disclosing what we are interested in would lead to an increase in the price. Very recently, Siemens took over a big company based in a large European city which also has a branch in Romania. Once we have integrated it, we will make it public. With this move alone, we will grow by more than 100 employees. While there are extraordinary companies in Romania, the management may not be the best. This is why we are mainly interested in the teams.

We are also keen on attracting EU funds for employee training. After that, we want to try to set up some training centers, not only for our employees but also those of our partners. We wish to hire more people, especially students. I think the EU funds have already been unblocked, as far as I know, and they have started to make payments.

How does the Siemens Romanian branch rank in the region?

Siemens’s Central and Eastern European cluster numbers 19 countries. We are in fourth place – after Austria, the Czech Republic and Turkey – in importance and number of employees. Compared to five years ago, we have made a great deal of progress in Romania.