Summer concerts: you can leave your hat on 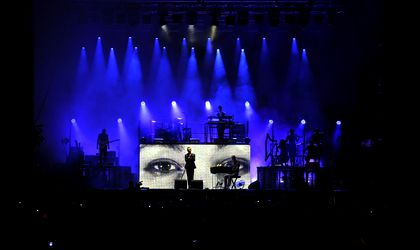 This summer season brings to Romania an extraordinary line-up of multimillion-selling performers who will play around the country, and in the Bucharest area the concert promoters seem to be locked in fierce competition: will you choose a concert by a rock legend, a three-day music festival or something classical?

The star that opens this summer’s series of rock concerts is the legendary Steve Vai, who returns to Romania for an intricate rock-symphonic recital with Evolution Tempo Orchestra, under the wand of George Natsis. Part of the Eco Fest festival, the gig will take place on June 25, at Bucharest’s Arenele Romane. Then, on July 24, Iron Maiden will delight their fans with the Maiden England tour, whose set list and stage show is largely based on the original 1989 concert video of the same name, shot during the 7th Tour of a 7th Tour in 1988, which was re-released in 2013. Because of this, the tour’s set list consists almost entirely of the band’s 1980s material, with a particular focus on their 1988 album, Seventh Son of a Seventh Son. The concert will take place in Constitutiei Square.

Accompanied by special guests Mike and The Mechanics and James Walsh, Sting will celebrate his 36-year music career with the Romanian public on July 31, at Romexpo. The Back to Bass tour finds Sting performing songs from his varied and enduring solo career, from his 1985 debut The Dream of the Blue Turtles to his latest release, Live in Berlin, plus a selection of The Police’s greatest hits. Highlights will include the Grammy winners Brand New Day and If I Ever Lose My Faith In You plus fan favorites Englishman In New York, Desert Rose and Roxanne. Sting will be joined by a band including his longtime guitarist Dominic Miller, Rufus Miller (guitarist), Vinnie Colaiuta (drummer), Peter Tickell (electric fiddle) and Jo Lawry (vocalist).

At the end of summer, on August 28 in Constitutiei Square, Roger Waters brings to Romania a concert that has been described by the critics as “the pinnacle of rock achievement”: his aural and visual masterpiece of alienation and transformation will be performed in its entirety with a full band and state-of-the-art production. The Wall Live has been played 192 times around the world to more than 3.3 million fans, making it one of the most successful tours in rock history.

Romania`s largest festival, Peninsula Félsziget, is a unique blend of international stars, local flavors and the beach, to give fans the ultimate festival experience. Over July 18 to 21, the Kaiser Chiefs, Paul Kalkbrenner, Utah Jazz & Stamina MC, Emir Kustirica, Marky Ramone’s Blitzkrieg and many others will give live concerts in Cluj-Napoca.

Over July 27-28 at Romexpo, Rammstein and Bullet for My Valentine, along with Trivium, Enslaved and Spineshank, will Rock the City. Metal, including the heavy and extreme versions, will enthrall rockers, at what has become a traditional event on the Romanian music festival calendar.

This year, the Summer Well festival takes place from August 10-11, at Stirbey, Buftea, near Bucharest, with a line-up formed of Suede, The XX, The Vaccines, The Courteeners, The 1975, Aluna George, Eugene McGuinness, Everything Everything, Spector and The Family Rain.

The end of June brings to Bucharest two top international acts, who will charm their audiences with soul music. First to come to the capital city will be Patricia Kaas, with her tour Kaas Chante Piaf – a tribute to iconic French chanteuse Edith Piaf, on June 23, at Sala Palatului. Then, Orquestra Buena Vista Social Club featuring Eliades Ochoa and Omara Portuondo will make their fans dance the son montuno, danzon, cha cha cha and bolero between the chairs of Sala Palatului, on June 25. Joe Cocker’s Fire It Up Summer Tour stops in Romania too, on August 4, at Sala Palatului, presenting the artist’s latest album, as well as the song that made him famous, You Can Leave Your Hat On.