Subventions will become available to farmers in debt 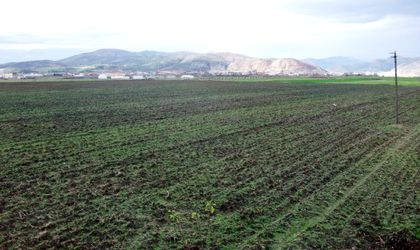 Certificates required by farmers to obtain subsidies will not be subject to any existing debt to the local budget, the Agrostar Federation announced after a meeting with the Ministry of Agriculture and Rural Development (MADR).

The MADR will add to the Order 619/2015 concerning eligibility, specific conditions and the implementation of the payment schemes in agriculture, a stipulation removing the conditioning of the certificate issuance.

“This request came as a result of the fact that in past years there have been numerous cases in which farmers could not get these certificates from mayors because they recorded debits to the local budgets. However, according to EU regulations, obtaining subsidies cannot be conditioned by existing debt and / or their payment,” said Agrostar general secretary, Horatiu Raicu.

During the meeting another concession was obtained, specifically the obtaining of free certificates by animal breeders from their veterinarians.

The Agrostar Federation is a syndicate federation reuniting 45,000 members, both producers and employees in agriculture and connected services in the private and public sectors.