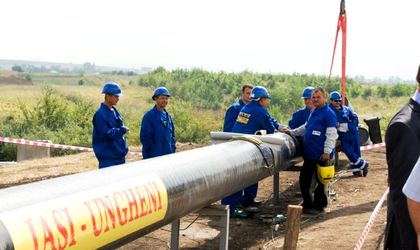 Although the gas pipeline Iasi-Ungheni connecting Romania to the Republic of Moldova has been completed in late 2014, its capacity has not been fully used, according to a report published by two think-tanks.

The Republic Moldova still has to rely on Russian gas to cover its consumption. The authors of the report say the Iasi-Ungheni pipeline has to be extended so that gas from Romania could reach Chisinau, the biggest consumer in the neighboring country.

“The extension is particularly necessary from the point of view of our country’s reliance on Gazprom, given the fact that Moldova’s debts for Russian gas amounts to 65% of the country’s GDP in 2014, and the Russian giant made it clear that will continue to provide gas only if the European legislation in the energy sector is not applied, because it would open the market for other supplier,” according to the report.

Further expanding the pipeline from Ungheni to Chisinau could be financed by international lenders. The EU could provide EUR 10 million, while the rest of EUR 80 million could come from European financial institutions such as the EBRD and the EIB, said the report.