“Stop the ferocity, Save our songbirds” by Jazz agency, named the most popular Romanian campaign in adsoftheworld.com ranking 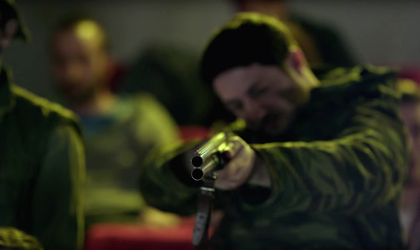 “Opreste barbaria, Salveaza Ciocarlia” (“Stop the ferocity, Save our songbirds”), signed by Jazz agency, received the title of the most popular Romanian campaign on adsoftheworld.com in 2015.

Overall, it was placed in the 11th position alongside campaigns by brands such as Nivea or Samsung.

“Almost 700 likes on adsoftheworld. We weren’t expecting it, especially because we know that advertising people aren’t generous at all between them. This represents another confirmation of the fact that we created a good campaign and is in the 2015 top. 2016 has started and we are working in order to have at least one campaign in top this year. We are delighted by the select company we are in, in the top of last year’s best campaign in the world,” said Andreea Ghenoiu, group creative director at Jazz.

“This spot really changed something. And the votes on adsoftheworld are sincere, uninfluenced by the festival system or the PR of the advertising networks. These are the two things that count the most for us,” added Valentin Suciu, creative partner Jazz.

The top was realized based on the number of likes received from the website’s visitors, considered by the experts to be one of the most prestigious advertising websites in the world. This isn’t the only international success of the campaign. The spot had been one of the most appreciated ones on www.bestadsontv.com, where in May was among the best spots. The journalists BBC Wildlife Magazine and La Reppublica published articles on their print editions. Moreover, the biggest international organizations for the animals’ rights and protection, among which PETA and Birdlife International, have expressed their public support for the campaign and the stopping of the law in the proposed form

The campaign’s impact was significat in terms of reach: over 300,000 video spot’s view on Hotnews.ro, 15 news and reports on TV and radio, from which one feature report on Pro TV in prime-time,129 article on the online press and blogs, 16 presences in print, 9,047 signed online petitions, 11,822 unique visitors on the website salveazaciocarlia.ro, over 35,000 spot’s views on YouTube, 2,368 Facebook shares, 92,408 organic reach organic on the Facebook page in a month, 293,205 showings on the Facebook page in a month.

Moreover, the most important result was the fact that the hunting law was adopted with the proposed changings by the environment ONG and the Ministry of Environment reduced the hunting cote for lark, while some of the birds completely disappeared from the hunting list.

Following Jazz’s and Rogalski Damaschin’s plea, the nature lovers have joined the campaign and signed petitions in order to stop the law, succeeding in transmitting a strong and convincing message to the members of the Parliament.

The campaign was initiated by The Romanian Platypus Society and the Nature Coalition Federation 2000 Romania with the help of Jazz Communication, Rogalski Damaschin Public Relations, Film Factor and Pukka.

The teams that worked on this campaign: