Staying in Bucharest for the holidays? Here are some ideas for what to do 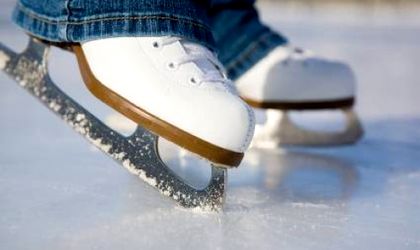 Bucharest’s streets and highways are getting more and more crowded each day due to what we can affectionately dub “holiday fever”. It will get worse, especially when everyone will be hurrying to leave the city for parts unknown.What about those of us who are planning on staying put for the holidays? Turns out, there’s enough to do in Bucharest to have some fun over the holidays without travelling anywhere.

One of the best parts about staying local for Christmas is that once everyone else has left, the ice rinks might have enough space for figure skating instead of just skillful dodging through the crowd.Even with the persistent lack of snow, there are several outdoor rinks in Cismigiu Park, Herastrau Park, Kiseleff Iceberg Park, or Drumul Taberei. If the weather turns there are always the many skating rinks inside shopping malls, such as the ones at Promenada Mall, Liberty Center Mall, or AFI Palace Cotroceni. As such, there’s no reason not to polish the skates and hit the ice before settling down for a Christmas meal at one of the local restaurants.

Something else not to miss this holiday season are the Christmas lights set up throughout Bucharest, which are said by local sources to have been more expensive than those set up in Vienna. The total cost for the lights was around EUR 10.7 million, with EUR 3 million being covered by the Bucharest City Hall while Luxten, the company dealing with the city’s public lighting system, paid the rest, according to local media. Therefore, an evening walk through Bucharest’s main boulevards after or before the Christmas dinner would be a good way to burn off the sarmale (cabbage rolls) or cozonac (Christmas bread).

Closer to New Year’s, the Bucharest Symphonic Orchestra is performing its Traditional New Year’s Concert on the 28th of December at the Bucharest National Theater. The program includes a selection of famous classical music, and starts either at 17.00 or at 20.00.

As for the actual New Year’s Eve, the list of parties taking place in Bucharest on the 31st of December to greet 2016 is long with most public venues offering their own entertainment schedule for the night. There’s still plenty of time to book a spot in a trendy restaurant or a club in the city so be sure to check out the offers, but what is remarkable about this year is that the Bucharest City Hall will not be holding its traditional New Year’s Party in Piata Constitutiei. The decision was made following a budgetary amendment and is meant to allow the City Hall to cover the local hot water and central heating supplier’s (RADET) debts so as to ensure that the city is provided with heat throughout the winter, according to Digi24.