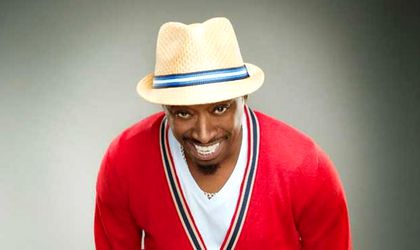 Eddie Griffin, stand-up comedian turned Hollywood actor, will perform in Bucharest on November 14 at the Patria cinema. The event is part of Griffin’s “Living Legend” tour, most of which included sold-out shows.

Griffin will come on stage in Bucharest at 20:00 and the audience is expected to enter starting with 19.00. Tickets are already available for sale online on bilete.ro, myticket.ro and in Inmedio, Diverta, Vodafone and Carturesti stores. Tickets cost between RON 150 and 250.

Eddie Griffin has been active as a stand-up comedian since the 1990’s.  He was ranked at number 62 on Comedy Central’s list of the 100 Greatest Stand-ups of All Time.In 2011 Comedy Central released You Can Tell ‘Em I Said It on DVD; 82 minutes of unedited and uncensored content.