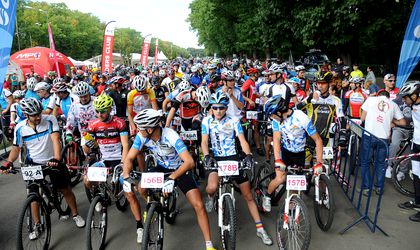 Spring has finally sprung – the sun is shining, the birds are chirping and the plants are beginning to flower. But how about your body? Is it ready to compete in the race for a healthier life?

The increasing number of marathons and other such sporting events makes one wonder whether Romanians have finally started to understand the importance and benefits of doing physical activity. According to the results of the latest Eurobarometer survey on sport and physical activity, released in March 2014 by the European Union, 59 percent of EU citizens never or seldom exercise or play sport, and in Romania fits with this posts the same high percentage.

Sport or physical activity at home is popular in Eastern European countries and Romania too, with 53 percent of regional respondents from those who answered they are doing sports doing some exercising exercise, though only 6 percent of them use health or fitness centers. The lowest figures for membership of a sports club are in Romania (1 percent), Bulgaria (2 percent) and Poland (3 percent).

Although the nation is not as physically active as Northern Europe, which scored where above 70 percent for of people exercise or play do sport, the number of local races is rising every year, for children, amateurs, professionals and even runners with special needs. Moreover, 47 percent of Romanians say they are motivated to improve their health. And this motivation can be seen during sports events organized nationwide, where many participants sign up to support or advertise an NGO or a cause while running.

Last year, the Environment Ministry announced that it would allocate EUR 10 million to the implementation of cycling infrastructure, in a project approved by the Bucharest City Council. The project consists of 97 km of cycle lanes on about 60 streets. Work has yet to begin.

Prince Nicolae is also promoting cycling, planning to cross the country from north to south for humanitarian proposes, raising funds for the Curtea Veche Association. He aims to ride over 1,100 km in 11 days, from Sighetu Marmatiei to Constanta harbor.

Although cycling events are not as numerous as their running counterparts, this spring brings several options:

– The Fairies from the Magical Forest – April 4-5, Urlati area, www.cyclingromania.ro

Includes a forest picnic with photo session for participants, a visit to and wine testing at Bellu Museum, a 19th century manor, dinner at the manor and campfire.

The organizers are holding easy and long rides, with a special adult and child section, in order to promote cycling as a means of urban transportation.

A cross-country cycling competition (XCO) which aims to support a healthy lifestyle and promote cycling as a leisure pursuit. The event gathers nature lovers and sporting competition enthusiasts, in support of organizations promoting the integration of children diagnosed with autistic spectrum disorders.