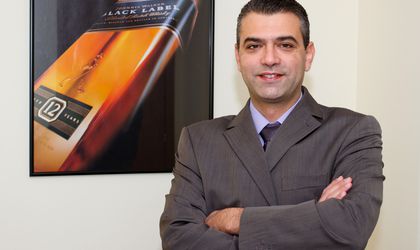 Romanians drank 12 percent more imported vodka in 2011 than in 2010 while whiskey sales posted just a slight increase. However, the local spirits market is far from raising a glass to the end of the crisis as consumers continue to search for the best deal and price wars still are being fought, Nearchos Papacharalampous, general manager of beverage distributor PPD Romania, told BR.

How has the Romanian spirits market performed so far this year overall and have you noticed changes in consumer behavior?

Well in general the market is stable with no major ups and downs and the same applies for imported spirits. Last year there was actually a slight increase for whiskey. The imported vodka segment had the best performance and it’s a category which continued to post double-digit growth, around 12 percent last year against 2010. Vodka, I would say, was the winning category. Cognac had the poorest performance in comparison with the other categories, but there is a need to build more awareness around this product in Romania.

As far as consumer behavior is concerned, there have definitely been two major changes over the past few years. Brand loyalty is declining and price sensitivity is increasing for all market segments. Price sensitivity is the main driver now when consumers make a purchase. Of course there is a good proportion of people who remain loyal to brands but the reality is the vast majority of consumers have downgraded to more affordable brands within the same category. Romanian consumers are very cost conscious – this is something that became clear a year after the crisis and it still applies today. We expect the same pattern to apply next year too and it is hard to say exactly when the market will pick up.

Has consumers’ price sensitivity affected all your distribution channels?

In our industry major volumes generally come through international key accounts and horeca. We are also present in traditional trade but the main distribution channels for us are the large retailers and the horeca industry. Today both channels are relatively equal in terms of volume share. Price sensitivity was felt less in horeca – pubs, bars, restaurants, clubs – than in international key accounts. There hasn’t been a big drop in the margin of horeca outlets and price wars are more common in the international key accounts where you can influence the shopper’s choice. We have had to be flexible and respond to consumers’ new reality. Before the crisis we gave maximum discounts of around 5.5 to 6 percent; now we are discounting by more than 10 percent. The whole industry has moved in this direction in order to be more accessible.

Why have you decided to launch your own vodka brand and what was the investment?

The affordable premium vodka category is a very dynamic segment of the local market and one of the segments which has really grown. We immediately saw the opportunity and wanted to capitalize on it. I want to stress that Romanians are connoisseurs when it comes to good quality vodka. They have a trained taste and are very informed about the price-quality issue.

The Tazovsky Vodka brand was built from scratch with Ogilvy Group Romania and we have worked on this project for the past two years after doing a lot of consumer research. It is our first own brand in Romania. I can tell you that we have invested more than EUR 300,000 in research alone. Overall, it was a considerable investment. The vodka is produced and bottled in Latvia.

What are your sale expectations for this new product and do you intend to launch new brands of your own in Romania?

We expect to reach a ten percent market share of the affordable premium vodka category in the next ten months and to boost this to 25 percent over the next three years. In the first year it should be more than 100,000 liter cases. The shelf price for a bottle is around RON 32 to RON 33. It will be present in horeca, international key accounts as well as a big proportion of traditional trade which is a major driver for this segment of vodka.

We are always thinking about the future but for the time being we want to consolidate Tazovsky. But for Diageo brands – for which we are exclusive representatives – we are launching new ones each year.

What were the company’s financial results last year and what are your targets this year?

Our reaction to market and consumer behavior changes over recent years was that we became more trade oriented without neglecting the brand aspects. This has enabled us to get through the crisis without our business being significantly impacted.

What is your market share for whiskey and vodka?