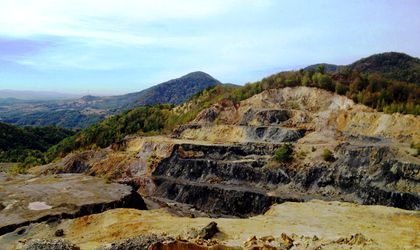 The Parliamentary committee rejected on Monday the draft bill of the mining project in Rosia Montana, claiming the country needs a “coherent” legal framework to regulate projects of this size.

The report drawn up by the special committee, including fresh amendments promoted during the two month debate, will be forwarded to the Senate on Tuesday, according to Darius Valcov, head of the committee. The bill will have two be voted in both houses of the Parliament.

“The Committee reckons the draft bill does not cover satisfactorily all the complex requirements regarding the exploitation of mineral resources in Romania, proposing its rejection,” said the report. The bill was voted down by 17MPs, while two abstained.

PM Ponta told reporters Romania has to create a new legal framework that can apply to large investments such as mining and shale gas projects.

The committee suggested authorities should look at alternative scenarios regarding the royalties system and the size of the government’s stake in mining projects.

Under the bill passed by government, the royalty applicable to the gold and silver mining project in Rosia Montana would be hiked from four to six percent. In addition, the government’s stake in the project would go up from 19.3 percent to 25 percent.

The report notes that Rosia Montana Gold Corporation, the miner controlled by Canada’s Gabriel Resources, has invested USD 550 million in the mining project between 1997 and 2013.

RMGC representatives warned they would sue Romania in case the mining bill was killed, given the investments they made locally.

The committee claimed that certain expenses made by RMGC remain “unclear”, citing bonuses, advertising expenses or travel costs covered by the company. The company put forward relevant documents, which were not included in the report because they have to be kept private for work reasons.