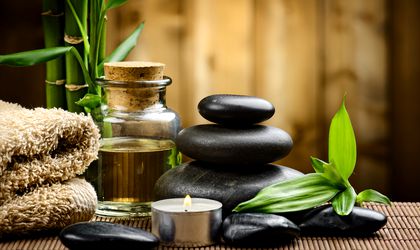 With teambuilding activities becoming more and more common in Romania, packages and destinations start to take different shapes and colours and spa activities are becoming increasingly more popular. DespreSpa.ro has recently launched Spaventura, a product meant to cater to this growing demand. BR talked to Ioana Marian, managing partner at despreSpa.ro, about the spa market in Romania and the way it’s been shaped along the years.

The spa market in Romania in 2014 was worth approximately EUR 6.9 million (according to analyses conducted annually by despreSpa.ro and subsequently published in the SPA Business brochures). The study considered only the largest spas in Romania and the turnovers for relaxation services. Slimming treatments, fitness, spa therapies performed in balneary centres are not included.

In Europe, in 2007 there were an estimated 22,607 spa destinations, which generated revenues of USD 18.4 billion (EUR 16.34 billion) and had more than 441,727 employees. In 2014, during the Global Wellness Summit, the European spa market has been revalued at USD 29.8 billion (EUR 26.47 billion), an increase of 62 percent compared to 2007. While in 2007 Europe had the most spa locations, it now ranks second, being surpassed by the Asia – Pacific area. However, in terms of earnings, Europe remains at the top, with USD 29.8 billion against the Asia Pacific region which cumulates USD 18.8 billion.

Is the market growing or declining in Romania?

The market is growing. Although we are talking about a growth rate of about 5 percent per year, the trend remains ascending. Between 2013 and 2014 many spas that brought the market value up were open (Shiseido Spa – Stejarii Country Club, Premier SPA – Hotel Premier Palace and in the province: Belaqva – Hotel Kronwell, Riserva Spa – Ramanda Oradea, Potaissa Spa – Turda Salt mine, Blue Sky Hotel – Ploiesti.

Are investments still being made in spas?

Yes, definitely! Investments are made in all kinds of spa centres across country. Some very large centres which are already in construction are planned to open in the period between 2015 and 2016.

Is development more accentuated in Bucharest or the province? What differences exist between the two environments?

In the province spa centres are mainly open within 4 and 5 stars hotels. At the moment there are some big centres in the works at Balvanyos (Grand Hotel Balvanyos) in Govora (near a balneary treatment centre), in Turda, in Baile Felix and so on. In Bucharest and its surroundings (Corbeanca, Pipera), spa centres are open on their own mainly (day spa, medical spa centres and so on).

Do spas represent an incentive for people when booking a stay at a hotel?

Definitley. Both for foreign customers and for Romanians staying at 4 and 5 stars hotels, the existence of a spa in a hotel can be decisive when choosing it. Obviously, there are exceptions, but in general their searches include the word ‘spa’. On despreSpa.ro the SPA Hotel page is at the top of monthly page views!

Is the request for programs such as Spaventura high in our country?

I dare say that a concept as complex as Spaventura is unique in Romania. There are detox camps, there are camps for yoga, tai chi and so on, but until Spaventura there was no program 100 percent complete. Spaventura correlates different forms of movement (yoga, Chi Kung, Tai Chi etc.) with nutrition (proposed diets are classic but correct – predominantly alkaline without offering exclusively raw-vegan and vegetarian menus) and lifestyle tips (aromatherapy, healthy habits, stress management, etc.) in parallel with a section dedicated to children. It is important to note that Spaventura is not just for adepts, but is especially for people at the beginning, giving them the chance to “taste” a variety of practices to make their lives better. It addresses people who understand that a holiday during which they eat excessively, sleep at late hours and so on is not restful and does not give them that good feeling we all crave for during vacationing. On the contrary, they come back more tired than they were when they went on holiday. For them we created this unique program!

What is the profile of the spa consumer?

Over 92 percent of spa consumers have university or post-graduate studies and more than 85 percent of them are women. Forty percent are aged between 25 and 35 years and 43 percent between 35 and 50 years. Eighty seven percent of them believe that spa services bring health benefits. These are the findings of the latest market study conducted by despreSpa.ro.

Are there changes over time in this profile or in demands?

Four years ago (when despreSpa.ro conducted the first market study), Romanians no longer see spa as pampering, they stopped going to the spa to lose weight and started concentrating on relaxation (in 2011 40 percent were attending spas for weight programs while in 2015 only 12 percent go to spas for body shaping). The share of men has increased (from 3 percent in 2011 to 15 percent in 2015). In 2011 50 percent of people went once a year or less to a spa while in 2015 19 percent said they go once a year or less. In 2011 60 percent felt that they would need more revenue to go to the spa more often while in 2015 the percent dropped to 32. And the share of the 35+ age segment went up, especially for relaxation treatments.

How do Romanian spa consumers compare against European consumers?

There are no comparative studies in this regard, but there are some differentiating aspects. Europeans integrate spa services more and a decisive factor in this is the low purchasing power Romanians have. Also, the Romanian consumer is more bashful, given that we are among the few countries in Europe where people wear a bathing suit when using the sauna. In most European Union countries it is forbidden to wear bathing suits, even in mixed saunas, due to chemicals in the fabric. Sauna opens your pores, and chemicals seep into the skin, being usually contraindicated.

What services are required more often?

In 2014, among the top preferences of Romanians there were relaxation massages, deep tissue massages and facials.

Are there unique aspects of the spa market in Romania compared to the European one?

Given that Romania has over a quarter of Europe’s thermal springs and diversified terrain (mountains, sea, etc.), the market here has a strong balneary spa component. It is among the few places in the world where mofettes, sulphurous emanations of gas with beneficial effects on blood circulation are available. Most European countries do not have as many balneo resources gathered in one place as we do: mud, salt, crenotherapy, thalassotherapy, negative ionization cures in the mountain spa destinations, pits etc. Treatments with mud or mud-based products are done both in spa centres and in luxury spas.