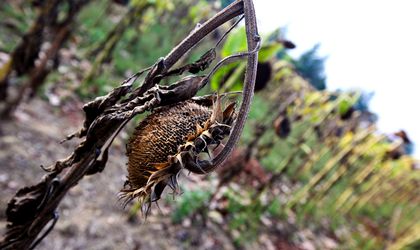 Farming investments in Romania are about to become less risky after the first agriculture mutual funds – which will take on the risks insurers do not cover – become functional in 2014. This will not only help stabilize farmers’ incomes in the event of calamities, but is also expected to lead to more favorable financing conditions.

Mutual agriculture funds will become operational in Romania from spring next year, agriculture minister Daniel Constantin told BR last week. While the model is a first for the local market, it has a strong background in Western Europe. In Romania, the need to set up agriculture mutual funds has long been debated and has become more pressing in the context of climatic disasters such as last year’s drought, as well the more recent food safety scandals.

The importance of these funds stems from the fact that they essentially act as income stabilization tools which provide farmers with financial compensation for economic losses caused by such events as adverse weather and environmental calamities. Losses incurred due to such events are not covered by insurance companies.

Had such funds been in place last year when the drought slashed farmers’ revenues, their shortfall would have been covered, explained Constantin last week during a Bursa conference.

Economic deficits generated by price variations, as has happened this year after grain prices dropped following high production, could also be covered by the funds.

Since Romania finally adopted EU legislation on agricultural mutual funds this summer, two local farmers’ associations have already announced they have begun procedures to set up such entities. The first was the National Federation Pro Agro, which was followed by the League of Romanian Farmers’ Associations (LAPAR). Under the current law, mutual funds can be set up as non-governmental organizations whose running costs in the first three years are covered by EU funds.

Any local farmers’ organization can set up a fund but one of the main conditions is that its members represent at least 30 percent of the country’s farming surface area. Constantin told BR that under the current law, up to three such funds can be set up but that he hopes, and is willing to help mediate, that in the end only one fund will be created as this would make it stronger. However, no matter how many funds are founded, what is important is for farmers to join one.

“Membership is voluntary (…). Farmers will have to choose between the mutual funds available on the market at that time. On the other hand, there is an incentive for every farmer receiving subsidies to join a mutual fund by reducing the subsidies from the national budget by 80 percent,” Pro Agro’s president, Alexandru Jurconi, told BR.

Once farmers understand the benefits, they will join, even if this happens after they are faced with loss-generating situations, commented Constantin.

The main purpose of setting up such funds is to reduce risks for farmers, but they should go onto generate other improvements such as easier access to financing and ultimately even cheaper bank loans.

Membership of a mutual fund is an additional guarantee for banks that major agricultural risks – adverse weather, animal disease, environmental accidents and all the economic losses these cause – are covered.  This will automatically lead to better financing conditions, explained Jurconi.

However, the mutual fund will be able to negotiate insurance costs for all its members which should lead to more favorable insurance policies for farmers, added Pro Agro’s president.

The cost of benefits

The funds will mostly draw on public sources – 65 percent of the compensation will come from the state and EU funds, and the remaining 35 percent will represent members’ contributions.

The amount of money farmers contribute to the Pro Agro Agriculture Mutual Fund will vary depending on the risks covered. For basic risk coverage the level will be affordable for all members, regardless of their size, said Jurconi.

“Of course, for special contingencies, especially when we talk about calamities, the contribution level will be different as the compensation payable in the event of losses will be substantial,” he added.

Regardless of the level of the contribution, the sums farmers pay will be capitalized and, in the absence of financial compensation, can be withdrawn. Where land for which a contribution was paid is sold, the buyer will receive all rights of use, including the subsidy and the contribution to the fund.

Pro Agro says it will start with some 1,300 members, accounting for more than 4 million hectares of farmland.

This should change by the end of the first year of activity given the incentive to join a mutual fund and the setting up of other such funds.

Agricultural mutual funds could have been set up in Romania as early as 2007, the year the country joined the EU. Had this been done, the local agriculture sector might have looked very different from how it does today.

But now that things have finally been kick-started and farming is about to become a less risky business in Romania, more concerted and long-awaited effects could be seen in the years to come – easier access to financing, a better capacity to absorb EU funds and in the end a more competitive agriculture sector.