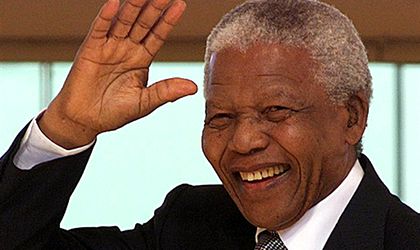 The service for Mandela will possibly be the largest funeral that the world has seen, while the leader will be buried on December 15, 2013. World figures such as Pope Francis and the Dalai Lama are expected to attend parts of the memorial, as are celebrities such as Bill Gates and Oprah Winfrey. Among the 53 world political leaders that announced their presence at the funerals, the PM of Romania, Victor Ponta, will pay an official visit to Johannesburg, South Africa, to commemorate the dead of the African leader. The PM will arrive there Tuesday, December 10.

During the ten days of mourning for Nelson Mandela, there will be a series of memorials that will be capped off by a state funeral on the grounds of Mandela’s home in the village of Qunu in Eastern Cape, South Africa.

Nelson Mandela’s funeral cortege will travel through the streets of the capital Pretoria on three consecutive days, South Africa’s government said today, encouraging people to line the route, according to The Telegraph.

On December 9, both houses of parliament will be recalled from recess for a special joint sitting in honour of Mandela’s legacy. The following day a memorial service will be held at a 90,000-plus capacity stadium in Soweto.

The “Soccer City” stadium hosted the 2010 World Cup final where Mandela made his last major public appearance. Mandela will be buried on December 15 in Qunu, a town in the Eastern Cape, the hilly rural area where he grew up.