Sources: Intel to close down software center in Bucharest over global restructuring 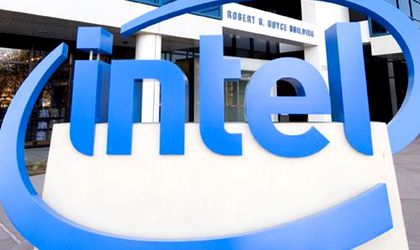 US chipmaker Intel will close down its software development center in Bucharest, as part of a global restructuring program that was unveiled last month.

Market sources have told BR that the closing of the center in Bucharest is “100 percent sure”.

BR has asked Intel Romania to comment on this move and its implications for the local market, but only received the e-mail to employees by Intel CEO Brian Krzanich, which was already public.

Intel’s software center in Bucharest was opened in 2010 and was dubbed as the biggest investment of the company in Romania. The firm’s R&D lab in the Romanian capital was part of Intel Labs Europe.

Intel started its operations in Romania back in 2005, when it opened its sales and marketing offices. The company also has an educational software development center in Cluj. Further, the chipmaker owns in Galati the subsidiary of Wind River, which makes embedded software for intelligent connected systems.

Intel Software Development had reported a turnover of EUR 12.6 million in 2014, while its profit amounted to EUR 893,485, according to data submitted to the Ministry of Finance.

At the end of 2014, the center in Bucharest had 168 employees and a net profit rate of 7 percent. The local market is already grappling with the lack of experienced IT specialists, so the chances are high that these people will not be unemployed for long.

In April, the company had announced that it would slash 12,000 jobs over the next 12 months, in a move designed to help Intel move away from the declining PC market. The firm is trying to refocus in cloud computing sales, according to FT.com.

“The data center and Internet of Things businesses are now Intel’s primary growth engines, and combined with memory and FPGAs, form and fuel a virtuous cycle of growth. Together, these businesses delivered $2.2 billion in revenue growth last year, made up 40% of our revenue, and the majority of our operating profit,” said the CEO in April.

Intel expects to take a one-time charge of about USD 1.2 billion as a result of the restructuring.

Business daily Ziarul Financiar had first reported about the restructuring of Intel’s center in Bucharest.