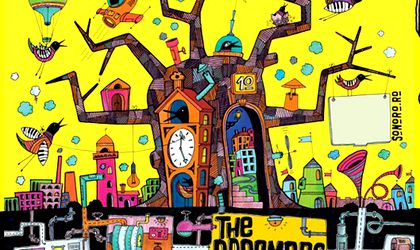 Over 35 international artists will be performing in the tenth edition of the SoNoRo Festival, with 18 shows being scheduled to take place in Bucharest, Arad, Cluj-Napoca and Bistrita, Agerpres informs.

The festival opens on Friday at 19:00, at the Unirii Hall of the Cotroceni Palace, with pieces by Franz Schubert, Gabriel Faure and George Enescu.

The public of Bucharest will have 12 opportunities to enter the festival’s atmosphere, as evening music events are scheduled October 30 — November 16 at the National Military Club, ARCUB — Gabroveni, The Ark, the Romanian Cultural Institute, the Bragadiru Palace, Romania’s National Art Museum, the Romanian Athenaeum and the Saint Joseph Cathedral.

SoNoRo has also prepared this year two music performance and debate events, together with literary critic Marius Chivu and Chairman of the Romanian Association for Culture, Education and Normality Edmond Niculusca, hosted by ARCUB — Gabroveni in Bucharest and the National Bank of Romania — Cluj-Napoca branch.