Software and IT services companies post EUR 2.42 bln revenues in 2014 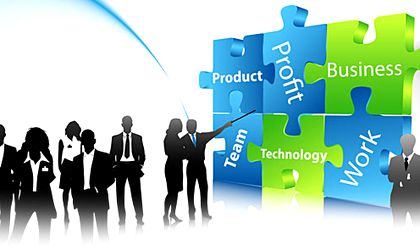 Romania’s software and IT services industry registered last year EUR 2.42 billion in revenues, up 13 percent compared to the previous year, according to the findings of the “Software and IT Services in Romania”, report released on Wednesday by the ANIS Employers’ Association of the Software and Services Industry.

On the other hand, based on the answers of the respondents, industry specialists are expecting a 14-percent rise in the industry’s business turnover in 2015, with the average annual growth rate for the next three years projected at 11 percent.

The ANIS study also indicates that out of the total 2014 revenues of the software and IT services companies operating in Romania, nearly 65 percent came from export, up from the previous year, when the export weight in the revenues of the same companies was 60 percent.

“The software and services industry is one of the best performing Romania currently has, given the growth rate that is four times bigger than what is estimated for the entire economy. In 2014, the IT&C industry recorded the highest weight in the Gross Domestic Product (GDP) so far — 6 percent, 2.5 percent generated by software and services. The reason why ANIS has invested money into this study is to support Romania’s IT industry, help it grow. We wanted to draw up this material in order to offer some figures for any investor to use to start investing in Romania. We are at a time when the Romanian IT industry enjoys recognition,” said ANIS vice-chairman Teodor Blidarus, according to Agerpres.

In his turn, PAC Romania & CEE vice-chairman Eugen Schwab, pointed out that Romania can become a regional engine for IT services and software products provided that its education system develops swiftly. “Tax incentives should also help generated added value,” he said.

The ANIS study also reveals that as much as 32 percent of the revenue derived by Romanian companies at home comes from projects conducted for the public administration, 16 percent from industrial clients, 14 percent from the banking and finance clients, 9 percent from telecom companies and 8 percent from utilities clients.