Siniat appoints Tanguy Vanderborght as CEO of Romania and Poland 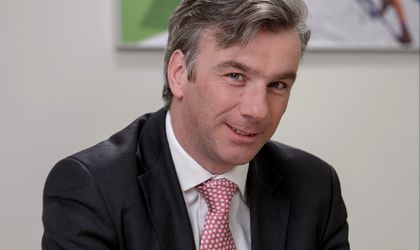 Siniat, the manufacturer of construction materials, appointed Tanguy Vanderborght as CEO for the company’s operations in Romania and Poland, a statement reads.

Tanguy Vanderborght has been in charge of Siniat Poland since 2012, and is also taking over the CEO duties in Romania. He is replacing Marc-Andre Fritsche, whose term at the leadership of Siniat Romania lasted for 4 years.

Vanderborght has been part of the Etex group for 20 years, having held several managing positions in the past 15 years, such as: financial director of the Siniat division in Avignon, financial manager of the International and European divisions in Brussels, as well as managing director of Siniat in Warsaw.

Tanguy Vanderborght has graduated from the Catholic University in Louvain, Belgium, and the Business Administration School in Lima, Peru. He has also attended the Vlerick Leuven – Gent Management School, Flanders, and Insead Executive Program which took place in France and Singapore.

Siniat Romania is part of the Belgian group Etex and has two factories, one producing plasterboard (in Turceni, Gorj County) and one producing plaster (in Aghiresu, Cluj County). The Turceni point was opened in October 2015 following a EUR 50 million investment. The factory is positioned as the only one in Romania to use the gypsum resulted from the process of gas desulphurization from a power plant, thus helping protect the environment.