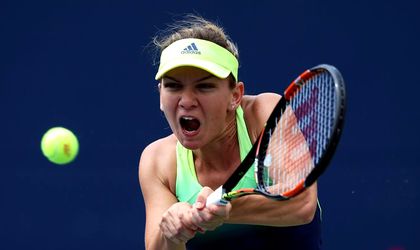 WTA No. 3 Halep decided to abandon the match in the deciding set, at 7-6 (7/5), 6-7 (4/7), 3-0, after a two and a half hour match in scorching conditions. The player had received medical care prior to the second set, feeling the heat effects even then.

Later she said that she played the second set for her fans, who cheered her on and that she was glad she found the strength to win it, but that maybe “the decision to abandon was taken too late”.

This was Halep’s fourth final this year in the professional women’s tennis competitions, after those in the tournaments of Shenzhen (China), Dubai (UAE), and Indian Wells (USA), which she won.

Belinda Bencic, 18, WTA No 20, who managed to eliminate in the semis 1st seeded player Serena Williams, on Sunday won her second WTA title, after the one in Eastbourne (the UK) in June.