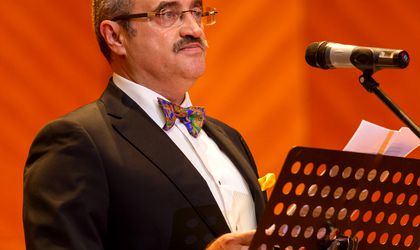 Siemens announced a new local structure on October 16, one of the most important changes being the consolidation of the company’s business around three poles: electrification, automation and digitization, which are also the main long-term growth directions.

“We wish to contribute to the electrification of the entire country. It is not something easy to achieve, but it is possible. Ever since the start of Siemens operations in Romania, our first projects were in the field of electrification. This is why today we are very well-positioned in energy-efficient technologies and in automation. In the digital area, we are counting on our software development centers in the country, as well as mixed engineering and IT solutions offered to customers. All these allow us to exploit both individual market segments as well as potential in their contact areas,” said George Costache (pictured), CEO Siemens.

Starting October, the new simplified structure will include just nine divisions instead of 16.

The healthcare division will be managed separately, for more flexibility, given the different specificity of the healthcare market.

The reorganization of the portfolio also involves the optimization of internal processes. For instance, in the energy sector, all the projects related to the energy transmission and distribution as well as smart grids will be coordinated under the Energy Management division.

Siemens has three software development and IT centers in Brasov and Cluj-Napoca and four production units in Sibiu and Buzias, which produce systems and components for automation and industrial applications, which are exported in Germany and Austria.

The company has approximately 1,600 employees in Romania.

In August, Siemens announced it will expand its local presence in the IT field, by opening a new R&D center in Romania in Cluj, under the brand of its subsidiary Evosoft. By 2017, the company intends to hire over 200 people, who will work on global projects in software and product development for Siemens’ four sectors.