Shakespeare International Festival to kick off also in Bucharest 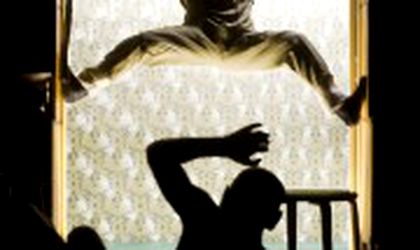 The ninth edition of the Shakespeare International Festival which is celebrated in Craiova, Dolj county, will present two performances in Bucharest, “Miranda” and “Richard III”, in the vision of two award-winning contemporary directors, Oskaras Korsunovas and Wang Xiaoying.

The events can be seen on April 27-28, at ArCub hall, from 19.00,  where the OKT Theatre of the Vilnius Municipality (Lithuania), led by Oskaras Korsunovas, will stage the show “Miranda” (in picture), an adaptation of “The Tempest” by William Shakespeare. According to the official website of the institution, director Oskaras Korsunovas says that “ The Tempest can be interpreted in a variety of ways. Most often it is staged as a fairy tale for adults, a féerie, and has even been produced as an opera. However, he prefers the interpretation of Jan Kott who sees in The Tempest a social drama about the never-ending and absurd struggle for power. Upon a closer look, we see the drama of power and an individual. This drama is eternal. People used to be deported to desert islands at all times. Such islands for people “inconvenient” for the authorities used to be set up everywhere, and the Soviet Union was patched with vast areas of desert islands, which were home to the most remarkable creators. Each desert island was full of life, as in these zones of deportation dissident attempts to protect one’s spiritual life were made. Books had a special meaning for Prospero on the desert island, like in Soviet life books also provided a possibility to maintain spiritual resistance. Miranda interests me the most in this play.  She is most often regarded as a naïve princess, though she has been created by Prospero, she is Prospero’s soul.  Eventually, in deportation to desert islands creators still used to raise their Mirandas.” Miranda (Airida Gintautaite) and Prospero (Darius Meskauskas) are two apparently antagonistic characters created in order to describe the clash of reason and soul over the same body.

Moreover, between April 29-30, from 19.00, the Majestic hall of the Odeon Theatre will host the National Theatre of China with “Richard III”, an adaptation of the homonymous play by William Shakespeare, in the vision of director Wang Xiaoying. Same as the author conceived him, Richard is the personification of the power-hungry tyrant, the demonic genius which perturbs hierarchies and sacrifices alliances in order to get the throne, and who sardonically states “I am the Chaos!” Wang Xiaoying’s show also unveils another facet of the insidious character, that of the man who conquers the recently widowed Lady Ann.

Tickets for the performances of the festival can be purchased at the ArCuB ticket office, or online at bilete.arcub.ro and at the ticket office of the Odeon Theatre, starting April 15. Prices start from RON 35 to RON 55.