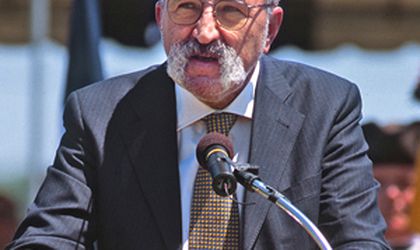 Romanian tennis player Ion Tiriac was included in the International Tennis Hall of Fame on Saturday, in Newport, the US, together with Martina Hingis, Thelma Coyne Long, Cliff Drysdale and Charlie Pasarell. This honor was given previously to Ilie Nastase.

The ceremony took place the Bill Talbert Stadium Court, of the International Tennis Hall of Fame and Museum, in Newport. The event had also an exhibition in the museum of the Hall of Fame, which presents the lives and remarkable careers of the tennis stars.

Tiriac played tennis for 15 years for Romania’s Davis Cup team and won the title in the doubles event on Roland Garros in 1970, together with Ilie Nastase. Also, hewas the manager of numerous players such as Guillermo Vilas, Goran Ivanisevic or Boris Becker.  The former Romanian tennis player is also manager of a number of international tours, two ATP World Tour Masters 1000 ones included: Internazionali BNL d’Italia and Mutua Madrid Open.