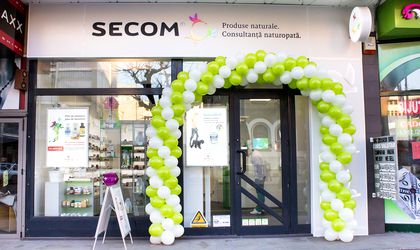 Secom, importer and distributor of health and beauty products, announced the expansion of its network through the opening of an eighth unit in Bacau. This is the second store the company has opened in 2015 and required a EUR 40,000 investment.

The store has opened in the center of Bacau, on 11 Calea Marasesti and covers an area of 60 sqm. The unit offers over 250 natural supplements, 35 phyto dermatocosmetic products and counselling.

The Secom retail network is active on the local market since 2013 and includes four stores in Bucharest, and one store in each of the following cities: Iasi, Ploiesti, Brasov and Bacau. Company representatives say the expansion will continue throughout the next years.