Schauble: Romania’s debt under 40 pct of GDP must be maintained, not endangered 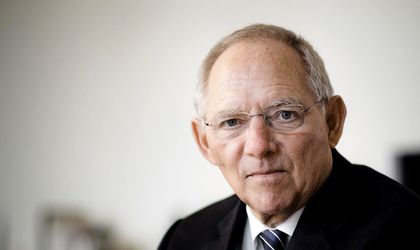 Romania has one of the most dynamic growth rates in the EU, which is something remarkable in these hard times, but the debt rate should be maintained under 40 percent of the GDP and to increase the investments, including from European funds and by accessing the Juncker plan to reduce the gap of development between the other member states, says the German minister of Finance, Wolfgang Schauble.

Schauble also referred to the Romanian low unemployment rate, in some regions being zero, but noted the issues that Romania has among the youth unemployment, as other European states.

“I recommend to you the dual vocational educational model, one of the most important educational models in Germany. The diploma shouldn’t only come an university. All the diplomas should enjoy the appreciation, but this diversity can be obtained through the dual system, ” said Schauble.

He also reminded that Germany is an important commercial partner of Romania and mentioned that the commercial exchanges are in growth mode and the investments are significant. In this context, he recommended the Romanian authorities not to allow the emergence of some conflicts between foreign and Romanian investors and also between the big companies and SMEs.

According to him, Germany tries to support Romania to become an attractive destination for investors and offers consultancy to Romanians to set up development banks.

On the other hand, he advises Romanian officials to accelerate the absorption of European funds and to access the Juncker plan to recover the gaps between the developed countries from EU.