Samsung Galaxy S5 launches in Romania. Where can you get it and how much does it cost? 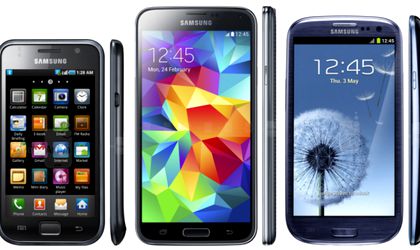 Samsung Galaxy S5 will be available in Romania in stores starting today. On the occasion of the device’s launch, the company prepared special promotions at its brand shop in the AFI Palace Cotroceni shopping centre in the capital Bucharest.

As part of the promotion, the first 100 customers who purchase the new Galaxy S5 on 11 April will receive a package of accessories valued at RON 400. At the same time, ten participants of a competition will receive the Samsung Galaxy S5 as a present.

Samsung fans in Romania, specifically in Ploiesti, were also treated this week with a brand new store opening. Samsung Electronics Romania inaugurated a new brand shop in the AFI Palace Ploiesti shopping centre from Ploiesti. The shop, which is the first Samsung brand shop opened outside the capital Bucharest, has a surface of 120 square metres and is the third Samsung brand shop in Romania.

Samsung Electronics is working on the establishment of its new offline stores worldwide to compete with Apple. The Korean tech giant’s decision to target the European and North American markets first is related to its goal to curb the US firm’s dominance in these markets, writes Business Korea.

In particular, Samsung will reportedly create stores mostly in the Eastern European market. It is expected to open stores under its direct management in the Czech Republic, the Slovak Republic, Romania, and Poland, along with independent stores in Poland, Croatia, Spain, the UK, and France.