Ryanair opens first air base in Romania at Timisoara 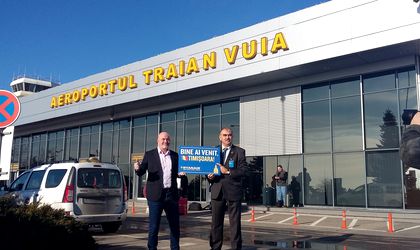 Ryanair opened its 78th air base in Timisoara, investing USD 100 million in a new aircraft to fly from the base, the company announced. It will become operational starting November and will add seven new routes to the company’s portfolio.

Flights from Timisoara will lead towards Berlin, Brussels Charleroi, Dusseldorf Weeze, Frankfurt Hahn, London Stansted, Milano Bergamo and a local flight to Bucharest, with a frequency of two flights per day.

“To celebrate our new base in Timisoara, we put up for sale over 100,000 seats at fares starting from EUR 19.99 for travel in November and December, for those booking until midnight, Tuesday, January 19,” David O’brien, chief commercial officer of Ryanair announced during the opening ceremony.

Ryanair forecasts a flow of 575,000 passengers per year from the new base which is expected to create 430 jobs.

“The presence of an airline such as Ryanair on the Timisoara International Airport, as well as the introduction of new air routes, means new opportunities for both the airport and citizens in the western region of Romania. It also will also bring a significant increase in the economic attractiveness of the area and to the airport, an increase in passenger numbers and turnover,” Dan Iulian Idolu, general director of the Timisoara Airport stated. 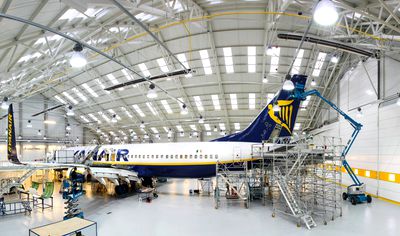