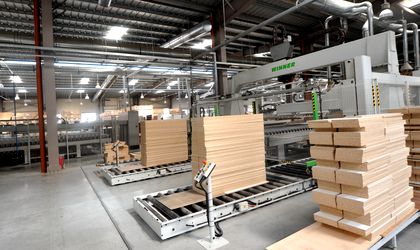 The investment will allow the manufacturer to increase its production capacity five times, to 10,000 upholstered furniture products per month.

Rus Savitar also runs a retail netowk of some 11 stores under the Casa Rusu brand.