RON depreciates against the EUR past the RON 4.5/EUR threshold 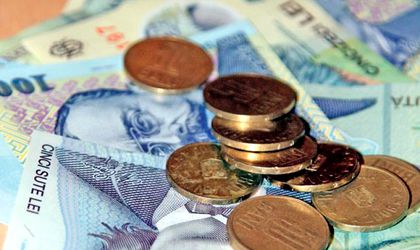 The Romanian currency (RON) depreciates against the Euro and the American dollar on Tuesday, with the National Bank of Romanian (BNR) setting the exchange rate for the Euro at RON 4.5333 as opposed to the previous rate of RON 4.5270 for one Euro, according to the BNR website.

These changes are happening while global shares recorded the worst first four days of a year since 1988, oil prices fell to the lowest levels since 2004 and the price of gold went up suddenly because it is seen as a safe investment during uncertain times, as detailed in an analysis by Ole Hansen, head of commodity strategy at Saxo Bank. Furthermore, industrial metal prices have also gone down “under the weight of the beyond expectations potential slow-down in China, the world’s greatest consumer,” added Hansen.

Lower prices in these industries could be, as Hansen puts it, “the antidote of large production,” leading to global production levels slowing down over the next few weeks and months, but before this happens, “the market still has to deal with the extra-barrels coming from Iran in a few weeks and, at the same time, the levels of stocks in the US, which is 100 million barrels over the five-year average,” further explained Hansen.

As for whether the global level uncertainty could impact Romania’s currency, “if the internal macroeconomic situation will remain stable, we won’t be seeing greater index deteriorations or imbalances,” recently said Mugur Isarescu, BNR governor. “The issue is not to inflame the unstable external environment with internal economic problems and imbalances that are harder to manage,” he detailed further, according to Mediafax.