RON appreciates against EUR up to RON 4.5320 per EUR, according to BNR 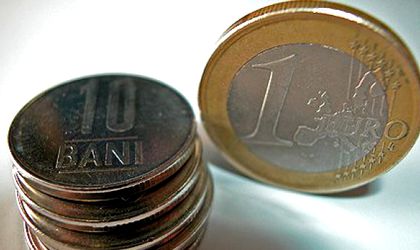 The Romanian currency saw an appreciation today against the euro, with the Romanian National Bank (BNR) setting a course of RON 4.5320 per EUR, according to data from BNR. Compared to yesterday’s trading session, where the rate was of 4.5337 RON/EUR, the euro exchange rate saw a fall of 0.0017 RON (-0.04 percent).

As regards the USD, the RON saw a depreciation against the American currency, reaching an exchange rate of 4.1723 RON/USD. Compared to the previous exchange rate of 4.1525 RON/USD, this means an increase of RON 0.0198 (0.48 percent), according to BNR.