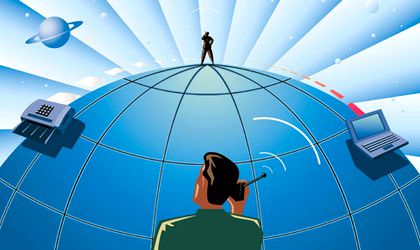 The fixed line operator Romtelecom registered an EBITDA of EUR 80.8 million in the first semester of this year, which is a 57.2 percent increase from the same period of last year, while revenues fell by 4.8 percent to EUR 316, 5 million, according to financial figures from the Greek parent company OTE.

The operating income (EBIT) stood at EUR 25.3 million in H1 from a loss of EUR 28.7 million in the same period of last year.

Romtelecom lost 6 percent in the voice telephony lines to 2.404 million, but added 7.9 percent in broadband to 1.169 million subscribers. However, the number of TV subscribers fell by 1.2 percent to 1.207 million.

The company said that broadband penetration as a percentage of its total voice connections rose to 49 percent and exceeded 50 percent in TV services.

Romtelecom hasn’t registered any costs with the voluntary retirement program in the first semester. Expenses of this program stood at EUR 27.9 million in the first half of last year.