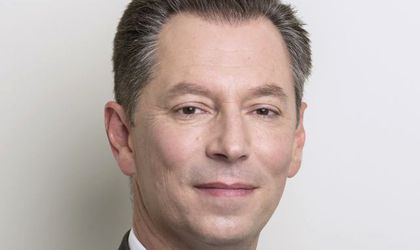 “Q1 2014 figures for both companies reflect the first results of the strategy we have put in place for this year. Namely, on the fixed segment, the company focused on increasing the penetration of TV services. This is reflected into constant customer growth rate: 7.3% in Q1 2014 versus Q1 2013. On the business segment, the turn-key solutions for large companies had significant results in Romtelecom’s revenues. On the mobile side, being fast and flexible are the main reasons for our strong outcome. In Q1 2014, on the business-to-business segment, we registered the best figures so far in terms of customer base and revenues. All these achievements prove that we are on the right track to fulfill our vision to become the number, one complete operator on the Romanian market”, said Nikolai Beckers, Chief Executive Officer Romtelecom and COSMOTE Romania.

TV services maintained the same growth path of 7.3% in Q1 2014 versus Q1 2013 in terms of subscribers’ number, reaching, at the end of Q1 2014, 1.37 million. Corresponding revenues also reported a 7% growth. Broadband customers also continued to grow by 2.7% compared to the same period of last year, to 1.25 million, while its penetration as a percentage of total voice connections reached 56.2%. These positive trends – reflected both in number of subscribers, and revenues – continued to partly offset the decline trend of the voice segment. In total, Romtelecom reported a RGUs base of over 4.84 million for Q1 2014, higher by 1% compared to the same period last year.

The highest revenue growth in the quarter, of over 200%, was again registered by System Solutions. Big ICT projects delivered to key account customers consolidated Romtelecom’s leading position in this segment.

The second biggest contribution to revenue increase was from wholesale, up 33% as compared to the same period last year. Also, operating incomes and revenues registered from non-core activities of the company were up 79% in Q1 2014 as compared to Q1 2013.

In Q1 2014, COSMOTE Romania continued its positive course, consolidating its position in the market, having registered increases in all main indicators. Moreover, the company managed to further grow its business customer base by a staggering 26.5%, compared to the same quarter last year, as a result of the company’s targeted offers for professional users. B2B revenues rose by 15% in Q1 2014 versus Q1 2013.

Total customer base (including Zapp) stood at approximately 6 million, at the end of March 2014, with the postpaid ratio increasing to 26.6%, up by 1.72 pp in Q1 2014 compared to the same period last year, due to appealing offers for the residential segment.

Total revenues in Q1 2014 increased by 9.2% on a yearly basis, amounting to 118.2 million Euro. Service revenues rose by 5.9% compared to Q1 2013. Pro Forma EBITDA (Earnings Before Interest, Taxes, Depreciation and Amortization) rose by 9.9%, to 26.7 mil. Euro in Q1 2014 versus Q1 2013, reflecting an effective commercial strategy, as well as substantial operating improvements.

COSMOTE Romania considerably augmented its 3G customer base by 49% compared to Q1 2013. Moreover, smartphones sales in Q1 2014 registered a staggering increase of 74% compared to the same period of 2013.

At the end of Q1 2014, mobile operations of the OTE Group provided telecommunications services to approximately 15.5 million customers in SE Europe.