Romsilva’s head hands in his resignation amidst wood market turmoil 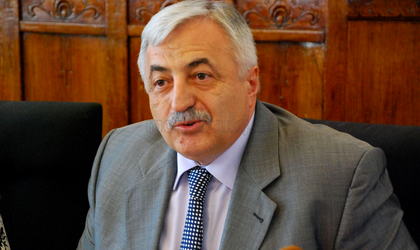 Craciunescu has made his decision in the context that various representatives of the forestry industry are talking about a forestry crisis and reproaching Romsilva for exaggeratedly high timber starting prices at the public auctions organized in December 2015. “When we thought it was time to speak about a forest strategy, when we have a new Forestry Code, we suddenly found ourselves in an artificial and absurd crisis caused by the way in which a state agency, Romsilva, decided to capitalize on this important resource, wooden mass”, said Catalin Tobescu, vice-president of Nostra Silva, the federation of forest-owners in Romania, at the conference organized by the Romanian Association of Furniture Producers (APMAR) on Wednesday.

To this, Craciunescu has said that ever since the government decision HG 924/2015 entered into force, “Romsilva reacted” but that “at the moment it can only apply the law if the Ministry doesn’t change the regulation”, according to Agerpres, but the forestry industry maintains that the responsibility lies with Romsilva.

At the moment, it remains unclear whether Craciunescu stepping down will have the effect desired by the forestry industry, i.e. that the auction prices are set based on starting prices instead of the hammer prices, which can be up to 40 percent higher than the starting ones, according to data presented at Wednesday’s APMAR press conference.

The 60 days delay between Craciunesc handing in his resignation and when it comes into force is “in accordance with government emergency ordinance (OUG) 109/2011 regarding corporate governing of public enterprises” and the CA will be able to use this time to “organize the proceedings to find a new director general, following which they will name a new director in 30 days”, said Craciunescu to Agerpres Thursday evening.