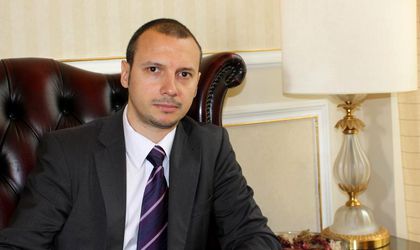 Around 140,000 wall hung boilers have been sold locally last year, taking the market to around EUR 75 million, as more Romanians disconnected from the public heating system, in the face of a higher unsubsidized price for the gigacalorie (Gcal), according to Ariston, a company specialized in heating solutions.

Catalin Draguleanu (in picture), country sales and operation manager Ariston Thermo Romania, said the billing cost of the Gcal rose nationwide by an average of 71 percent in the last four years. The disconnections from the public heating system have grown in the same period.

“In the last three years, Romania has registered around 75,000 disconnections annually from the public heating system,” said Draguleanu.

According to Ariston data, there are seven counties in Romania that have given up the centralized heating system, while in another 17 counties below 30 percent of the houses still rely on this system.

There are still municipalities that have struggled to main heating subsidies, including Bucharest, where more than half a million houses are connected to the public system, out of 1.4 million houses across Romania, according to Ariston representatives. Meanwhile, more than 1.5 million wall hung boilers are currently in operation.

The highest heating prices are borne by citizens of Caras Severin County, which have to pay RON 388 (roughly EUR 90) per Gcal. To put this into context, the minimum wage in Romania is close to EUR 180. Smaller prices were paid in Constanta and Neamt Counties at RON 342 (EUR 78) and RON 291 (EUR 67) respectively. In these three cases, the price of the Gcal has more than doubled in the past four years.

Bucharest has one of the lowest prices at RON 170 (EUR 39) per Gcal and local officials have decided to continue subsidizing heating generation.

The price for producing one Gcal in the centralized system reached an average of RON 288 (EUR 66) last year, while producing the same Gcal in a wall hung boiler costs RON 145 (EUR 33), according to Ariston representatives. They added that acquisition price of a wall hung boiler is recovered in three years.

The Romanian operations of Italian Ariston Thermo Group registered a turnover of around EUR 30 million in 2012, which was 5 percent higher on 2011. It expects to add 12 percent in fresh business this year.

Heat pumps and solar panels account for 10 percent of the sales. The company is also looking to expand the sale of air conditioning system on the local market, which has been flooded in recent years by cheaper systems from China.